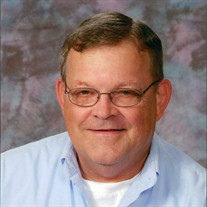 Dateline: Albia, Iowa Wayne Sample Wayne Leroy “Lee” Sample Jr., age 75, of Albia, passed away on October 3, 2018, at the Monroe County Hospital in Albia, surrounded by his loved ones. Lee was born on July 24, 1943, in Ottumwa, Iowa to Wayne Leroy Sr. and Grace Lula (Gray) Sample. He grew up and graduated from the Albia High School with the Class of 1961. After graduation, Lee joined the United States Navy and served his country during the Vietnam War. After his service, Lee returned home and was united in marriage to Linda Jones on December 12, 1966, in Blakesburg, Iowa. To this union 2 children were born, Shelly and Chris. Lee and Linda shared 51 years of marriage prior to his passing. Lee was a cook for several years, starting out during his time in the Navy and worked at several other establishments, including hotels, nursing homes and restaurants. Lee held other job positions during his working career. He worked at Farmall in Rock Island, IL. before working for Maytag in Newton and finally retiring from John Deere Works in Ottumwa. He helped build the Valley Village Mobile Park in Ottumwa and resided there for a time. He also helped his son Chris run a dog business. He was a member of the United States Navy Reserve from 1979 until 1980. In his younger years he liked going hunting and was an avid fisherman. He enjoyed tent camping at Rathbun Lake, riding horses, going out of town and eating at new restaurants, dancing, and listening to The Sunset Band. He was an excellent cook and was known for his fried rice. His real joy in life was spending time with his family and friends. Lee is survived by his wife, Linda Sample, of Albia; his daughter Shelly (Norman) Beach of Bellevue, NE and their children, Samantha Beach, Christeena Beach, Emily Beach and Isaiah Beach, his son Chris (Carol) Sample of Albia and their children, Haley McCombs, Aaron Sample, Kaleb Sample, Anthony Sample, Joseph Sample and Aubrionna Sample; his great grandchildren, Braedyn Beach, Ryleigh Beach, Andrew Beach, William Schrepfer, Elijah Beach, Adalyn Huff, Avalyn Huff, Willow Beach, Aylin Beach and Ronnie McCombs; his sisters, Judy (Dave) Makenzie and Joyce (John) Smithberg; his brothers, Gary (Twila) Sample and David (Rachel) Sample; his aunt and uncle, Opal (Kenny) Huber; his brothers-in-law, John (Norma) Jones and Bob Preston and a sisters-in-law, Patty Bossard and Sheila Sample. He is also survived by many nieces, nephews, cousins and good friends. He is preceded in death by his parents, Wayne Sr. and Grace Sample; a grandchild, William Beach and a brother, Guy Sample. Visitation will be held from 11:00 a.m. until 5:00 p.m. on Sunday, October 7, 2018, at the Tharp Funeral Home in Albia with Wayne’s family present to greet family and friends. A memorial service will be held at 10:30 a.m. on Monday, October 8, 2018, at the Tharp Funeral Home in Albia, with Pastor Lynda Carlson officiating. Burial with military honors provided by the American Legion of Albia, Lovilia and Melrose will follow services at Service Chapel Cemetery in Albia. In lieu of flowers the family requests that a donation of school supplies (backpacks, paper, colored pencils etc.) be brought to the funeral home to be donated to the Albia School District.

The family of Wayne "Lee" Leroy Sample created this Life Tributes page to make it easy to share your memories.

Send flowers to the Sample family.