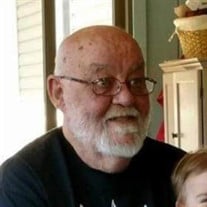 Wayne Donald Glenn, age 73, of Albia, passed away on Saturday, June 26, 2021, at his home surrounded by his loved ones under the care of EveryStep Hospice. Wayne was born March 8, 1948, to Perry and Loweta (McFarland) Glenn at the hospital in Albia. He grew up and attended Albia Community Schools graduating with the class of 1966. Wayne then went on to enlist in the United States Marine Corps serving his country by doing three tours during the Vietnam War. Wayne was also stationed in San Diego, California and Quantico, Virginia for a short time. Following his honorable discharge, Wayne attended Indian Hills Community College and obtained his AA degree. On July 18, 1970 Wayne was united in marriage to Linda Dean in Sedalia, Missouri. To this union, 3 children, Brian, Lisa, and Kristi were born. Wayne and Linda shared 50 years of marriage prior to his passing. After school, Wayne worked construction for a company that built many Casey’s General Stores. Upon leaving construction, Wayne went to work at Dahl’s Foods in Des Moines until his retirement in 2005. Wayne enjoyed playing cards, completing jigsaw puzzles, and having coffee twice a week at the American Legion in Albia. He was very good with tools and could fix most things making him an excellent handyman. Above all else, Wayne enjoyed spending time with his friends and family, especially his grandchildren. Wayne is survived by his wife, Linda; 3 children, Brian (Julie) Glenn of West Des Moines, Lisa (Dan) Crow of Albia, and Kristi (Steve) Beebe of Albia; his grandchildren, Michael Riley, Morgan Kiyanchuk, Gavin Foglesong, Delaney Crow, Brandon Radke, and Dylan Beebe; Wayne is also survived by 4 great-grandchildren and several good friends. Wayne was preceded in death by his parents, Perry and Loweta; and 3 brothers, Richard, Charles, and Terry. Per Wayne’s wishes, his body has been cremated and a private family burial will take place at a later date. A memorial has been established to the American Legion, Howard Cessna Post 136.

Wayne Donald Glenn, age 73, of Albia, passed away on Saturday, June 26, 2021, at his home surrounded by his loved ones under the care of EveryStep Hospice. Wayne was born March 8, 1948, to Perry and Loweta (McFarland) Glenn at the... View Obituary & Service Information

The family of Wayne Donald Glenn created this Life Tributes page to make it easy to share your memories.

Wayne Donald Glenn, age 73, of Albia, passed away on Saturday,...

Send flowers to the Glenn family.