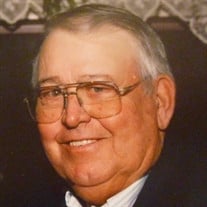 Thomas “Tom” Spurgin, age 80, of Albia, passed away on Friday, February 17, 2017, at the Monroe Care Center in Albia. Tom was born on July 30th, 1936 in rural Monroe County to Jack & Eleanor (Swartz) Spurgin. He attended Cedar County School. On August 30, 1957 he was united in marriage to Dorothy (Jamieson) Spurgin at the First Methodist Church in Albia. To this union 6 children were born, Debbie, Tim, Terry Dean, Ted, DeeAnn and Denise. Together they shared 59 years of marriage. Tom worked a number of jobs, working for the railroad at age 14 during the summer. When he got older he traveled the country showing foxhounds for G. E. Coates of Fort Dodge, Iowa. He worked for the Albia Newspaper, construction work, then he worked at the John Deere Ottumwa Works for 30 years from where he retired. He also owned the Hi-Fly Ridge Fox Pen. Tom’s hobby was running fox and coyote hounds. He judged bench shows, field trials all over the country. He was president of the Southern Iowa Fox Hunters Association, Iowa State Fox Hunters Association and the 1988 All American Running Hound Classic at Picayune, Mississippi. He was a director of all 3 organizations for many years. In 2003 he received the prestigious A.N. Nichols Lifetime Achievement Award by the All American Running Hound Classic. His love for running hounds he received from his grandfather T.V. Swartz. His real love was his family and friends. Tom is survived by his wife, Dorothy Spurgin of Albia; his children, Debbie (Steve) Zaputil, Tim (Vicki) Spurgin, Terry Dean (Mekca) Spurgin all of Albia, Ted (Pam) Spurgin of Moravia, DeeAnn (Tim) Crall of Worthington, Minnesota and Denise (Jim) Schawang of Falls City, Nebraska. He was blessed with 17 grandchildren; 16 great grandchildren; and several step grandchildren and great grandchildren; his brother, Terry (Ann) Spurgin of Albia and a sister Rosann (Harry) Little of Peoria Heights, Illinois; his Aunt Rosemary Cory of Johnston, Iowa and several nieces and nephews. He was preceded in death by his parents, Jack & Eleanor and a grandson, Jarred Crall. Funeral services will be held at 10:30 a.m., Wednesday, February 22, 2017, at the Tharp Funeral Home in Albia, with Deacon Ed Kamerick officiating. Burial will follow the service at the Hiteman Cemetery. Visitation will be held from 3:00 p.m. - 8:00 p.m. Tuesday, February 21, 2017, at the Tharp Funeral Home in Albia, with Tom’s family present from 5-8 p.m. to greet family and friends. An open memorial has been established in Tom’s name to be determined at a later date.

The family of Thomas "Tom" Spurgin created this Life Tributes page to make it easy to share your memories.

Send flowers to the Spurgin family.