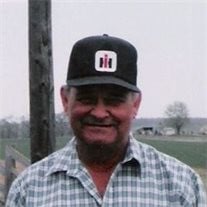 Thomas Joseph Kurimski, age 56, of Albia died Sunday, November 12, 2006 at his home in Albia. He was born May 28, 2006 in Lovilia, Iowa to Thomas Francis and Catherine M. (Adams) Kurimski. He married Judy Beals in April of 1974 and to this union two children were born. He later married Sharon Rhodes July 14, 2001, at the Trinity United Methodist Church in Albia. Thomas was a graduate of Albia High School, class of 1968. After high school he worked at Chamberlain manufacturing and farmed. Thomas had lived away from the area but moved back to Albia in 2000 and was working at Iowa Aluminum as a plant supervisor. He was a member of the Army National Guard. He loved and lived for hunting and fishing throughout his life. He enjoyed yard-work, gardening, woodworking and all outdoor work. He is survived by his wife, Sharon of Albia; one son, Thomas Allen Kurimski (Joanne) of Albia and one daughter, Amy Ball (Jim) of Independence, Iowa; step-children, Jon Rhodes (Julie) Albia, Jody Flattery (Brian) of Albia, Julie Freeman (Tim Carter) of Albia and Jimmy Rhodes (Erin Hall) of Albia; 13 grandchildren, Morgan and Wyatt Kurimski, Ashley, Tyler and Garrett Ball, Colton and Collin Soto, Tristan, Abbie and Carsen Rhodes, Natasha Stewart, C.J. Flattery and Emma Rhodes. Also surviving is Tom’s mother, Catherine Kurimski of Lovilia; one sister, Celia Welsh of Johnston, Iowa and one brother Jim Kurimski of Lovilia. Thomas was preceded in death by his father and one sister, Charlotte Post. Funeral services will be held at 10:30 A.M. Wednesday, November 15, 2006 at the Winfield Funeral Home in Albia with Rev. William Walter, C.PP.S. officiating. Cremation will follow the service and a private family burial of cremated remains will be held later at St. Peter’s Cemetery in Lovilia. Visitation will open after 11:00 A.M. Tuesday, November 14 at the Winfield Funeral Home in Albia with a Christian Wake Service at 6:30 P.M. The family will be present from 6-8 P.M. Tuesday at the funeral home. Honorary Casketbearers will be Steve Welsh, Rusty Post, Bill Easter, Scott Selix, Rod Schares, Lee Stephens, Dean Ballalatak and Richard Welsh. Memorials have been established to the family.

Thomas Joseph Kurimski, age 56, of Albia died Sunday, November 12, 2006 at his home in Albia. He was born May 28, 2006 in Lovilia, Iowa to Thomas Francis and Catherine M. (Adams) Kurimski. He married Judy Beals in April of 1974 and to this union... View Obituary & Service Information

The family of Thomas Joseph Kurimski created this Life Tributes page to make it easy to share your memories.

Send flowers to the Kurimski family.