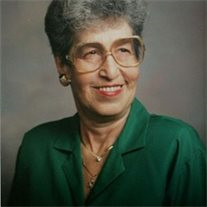 Sylvia Rosenthal passed away in Albia, IA at age 86 on September 14, 2006 after an extended illness. Mrs. Rosenthal was a lifelong resident of Albia, having been born there on October 23, 1919 to Elmer and Matte Loeb. She had been the owner and operator of Loeb's of Course clothing store in Albia for many years prior to its closing in July 2005 after 130 years of continuous ownership and operation by the Loeb family. Mrs. Rosenthal was also prominent in Albia community affairs. As a charter member of the Albia Chamber of Commerce from 1949 onward, she served for many years on its board of directors while leading the retail committee and Ambassadors. In 1981, she received the Albia Area Chamber of Commerce Civic Leadership Award. She was elected to the Albia Hall of Fame in 1987 and was named one of southern Iowa's 100 most influential individuals in 2000 by the Ottumwa Courier. During the 1959 Albia Centennial celebration, Mrs. Rosenthal served as chairman of the Queen Committee. She also served on the 1984 Quasicentennial Committee and was one of the original organizations of Albia Christmas light display and was a tireless promoter of the Iowa State High School Rodeo Championships. She served on the board of directors and executive committee of the Rathbun Area Health Services Inc. and the 10-county non-sexist activities in public schools committee. She had also been a long-time member of the Albia Library Board of Trustees, Women's Club and hospital auxiliary. She also belonged to BPW, PEO, Hadassah, and Temple B'nai Jeshurun in Des Moines. Mrs. Rosenthal is survived by a nephew, Edward (Anne) Loeb of Des Moines, a niece, Jeri Loeb of Las Vegas, NV, and her daughter-in-law, Gail Rosenthal of Clovis, CA as well as cousins, Marilyn Herrmann of New York, NY and Donald Nevard of Oklahoma City, OK. Mrs. Rosenthal is also survived by great-nephews Matthew, Alexander and Jeffrey Loeb. Mrs. Rosenthal was preceded in death by her parents, her husband, Louis Rosenthal, her son Steve Rosenthal, and her brother, Max Loeb. Funeral services will be held at 11:00 A.M. on Monday, September 18, 2006 at Winfield Funeral Home, 116 Benton Ave. West in Albia. Interment will be at Jewish Glendale Cemetery in Des Moines. In lieu of flowers, memorials have been established to the Robert T. Bates Foundation in Albia or to the Albia Public Library.

Sylvia Rosenthal passed away in Albia, IA at age 86 on September 14, 2006 after an extended illness. Mrs. Rosenthal was a lifelong resident of Albia, having been born there on October 23, 1919 to Elmer and Matte Loeb. She had been the owner... View Obituary & Service Information

The family of Sylvia Lorraine Rosenthal created this Life Tributes page to make it easy to share your memories.

Sylvia Rosenthal passed away in Albia, IA at age 86 on September...

Send flowers to the Rosenthal family.