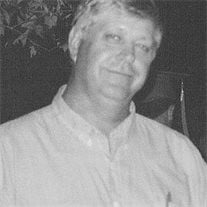 Steven Allen Clark, 51, died early Tuesday morning, Sept. 26, 2006 at the University of Arkansas for Medical Sciences in Little Rock from complications of chemotherapy he was receiving to fight a two and a half year battle with Castleman�s Disease and POEMS Syndrome. Steve was part of a research program for the treatment of Castleman�s, a rare immune system disease. One of his last wishes was that his treatment would help find a cure for others suffering from the disease. He was born Nov. 11, 1954 in Centerville to Lloyd and Ruby Wallace Clark. He was raised on the Clark�s rural Albia farm, participating in 4-H and FFA, showing cattle, serving on the Monroe County 4-H Council, receiving his Star Chapter Farmer Award and serving as Chapter President and participating in a 4-H Washington, D.C. Citizenship trip. He graduated from Albia Community High School in 1972 and from Iowa State University in 1976 with a degree in Ag Business. On July 17, 1976 he married Connie Carder, his high school sweetheart and best friend. They celebrated their 30th anniversary in July with a large gathering of friends and family at Lake Miami. Steve farmed for 15 years and during his farming career he won the Master Corn Grower�s competition in 1980 and was named Monroe County Cattleman of the Year in 1988. He and Connie were directors of the Monroe County Young Farm Bureau Members group for several years. Steve began his second career at Cargill in Eddyville and worked there 12 years until his illness in February of 2004. Steve and Connie have three children, Chris, 28, a doctor of veterinary medicine, Kevin, 26, a computer draftsman for Musco Lighting in Oskaloosa and Kylie, 21, a senior pre-med student at Creighton University. Steve enjoyed many hobbies and pastimes during his life, most importantly following his three children as they participated in 4-H, sports and music. He said many times that his children were his greatest accomplishment. He was a competitive tractor puller, rode his motorcycle, loved to travel and go antiquing with his wife, and from time to time would show up on the Restoration Days Follies stage. He was a member of Trinity United Methodist Church where he joined his wife, Connie, singing with the Alpha and Omega Singers. As a couple, they served as Directors of Family Ministries and were youth group leaders at Trinity. He was a member of the Monroe County Farm Bureau, the Monroe County Cattlemen�s Association and served on the Extension Council. Steve was preceded in death by his mother, Ruby Wallace Clark, his brother-in-law Kenny Carder, his father-in-law, Keith Carder and his grandparents, Homer and Inez Clark and Lewis and Katherine Wallace. He is survived by his wife of 30 years, Connie; two sons, Chris of Albia and Kevin of Ottumwa; a daughter, Kylie of Albia; his father, Lloyd of Albia; his mother-in-law Mary Carder of Albia; brothers Ronnie (Marlene) of Albia, Donald (Nancy) of Farmington, Minn., Larry (Patty) of Albia; sister, Carol (Bruce) Rahn of Marshalltown; brother-in-law Jim Carder (Janet), Russellville, Mo.; 12 nieces, four nephews, two great-nieces and one great nephew. Visitation will be on Saturday, Sept. 30 at Winfield Funeral Home with the family present from 4-9 p.m. Funeral services are Sunday, Oct. 1, 2006 at Trinity United Methodist Church in Albia, the Rev. Kevin Leveck officiating. Burial will be at Oak View Cemetery. Memorials may be sent to the Trinity United Methodist Church Family Life Center.

Steven Allen Clark, 51, died early Tuesday morning, Sept. 26, 2006 at the University of Arkansas for Medical Sciences in Little Rock from complications of chemotherapy he was receiving to fight a two and a half year battle with Castleman&#65533;s... View Obituary & Service Information

The family of Steven Allen Clark created this Life Tributes page to make it easy to share your memories.

Send flowers to the Clark family.