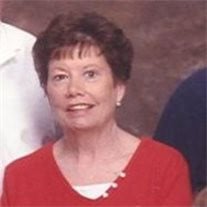 Shirley Dee Hugen, age 62, of Lovilia, Iowa, died Tuesday, March 7, 2006, at the Mahaska County Hospital. Shirley was born April 29, 1943 in Villisca, Iowa, to Lester and Maxine (Holland) Scott. Shirley married Richard Dean Hugen in 1964. To this union three children were born. Richard died July 3, 1997. Shirley graduated from Corning High School and attended Northwest Missouri State University. After college she began working for the Veterans Administration Hospital in Knoxville. During her career she held several positions in the hospital. She retired in 2000, after 37 years of service. After retirement she began working part-time for the Rathbun Area Mental Health Association, where she was currently employed. Shirley was a member of the Lovilia United Methodist Church, and the United Methodist Women. She was active throughout her life on several church and local organizations, holding various positions. Shirley enjoyed shopping, golfing, traveling, and her grandchildren. Shirley is survived by her children, Scott Hugen of Lovilia, Gina (Mike) Maddison of Albia, Brent (Lori) Hugen of Albia; 5 grandchildren; and one sister , Lynn Day of Red Oak. Shirley is preceded in death by her parents, Lester and Maxine; her husband, Richard; one sister, Cheri Archer; and one brother in infancy.

The family of Shirley Dee Hugen created this Life Tributes page to make it easy to share your memories.

Send flowers to the Hugen family.