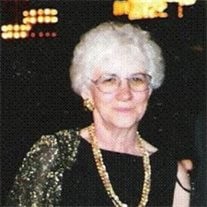 Sharon Kay Tucker, age 64, of Albia, Iowa died Saturday, May 12, 2007 at the Monroe County Hospital in Albia. Sharon was born September 25, 1942 in Albia, Iowa to Jack and Bertha (Frazier) Douglas. Sharon married Dallas A. Tucker on February 20, 1959 in Albia. Sharon was a wife, mother, grandmother, and worked for 32 years at the Monroe County Hospital as a C.N.A. She retired from the hospital in 1998. In recent years she worked part-time for Wal-Mart in Ottumwa and in Toccoa, Georgia where her and Dallas wintered. Sharon was also a member of the Trinity United Methodist Church in Albia, and a former member of the Sweet Adelines. Sharon is survived by her husband, Dallas Tucker of Albia; her four children, Debbie Thomas and husband Steve of Albia, Doug Tucker and wife Lou of Lavonia, Georgia, David Tucker and wife Lisa of Albia, and Dana Armstrong and husband Shawn of Bloomfield. Also surviving Sharon are 12 grandchildren; two sisters, Janice Jones of Des Moines, and Diana Novi of Norristown, Pennsylvania; and two brothers, Robert Douglas of Albany, Illinois, and Richard Douglas of Marion. Sharon is preceded in death by her parents; one granddaughter, Gabrielle Samantha Tucker; two sisters, Louise Murphy and Lois Kendrick; two brothers, Norman Gayle Douglas in infancy, and John Douglas. Funeral services will be held Wednesday, May 16, 2007 at 11:00 A.M., at the Trinity United Methodist Church in Albia, with Rev. Jill Leveck officiating. Burial will follow services at Oak View Cemetery in Albia. Visitation will begin after 9:00 A.M., on Tuesday, May 15th at the Winfield Funeral Home, with the family present from 6-8 P.M. Tuesday evening. A memorial has been established to the Monroe County Hospital or to the Trinity United Methodist Church.

The family of Sharon Kay Tucker created this Life Tributes page to make it easy to share your memories.

Send flowers to the Tucker family.