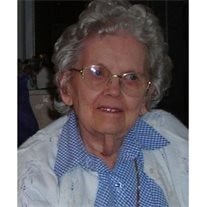 Winfield Funeral Home 116 Benton Ave. West, Albia, Iowa 52531 Phone (641)932-3129~ fax (641)[email protected] Dateline: Des Moines, Iowa RUTH E. DUNKIN (1923 - 2008) Ruth E. Dunkin, Age 84 formerly of Des Moines, IA died Monday, March 31, 2008 at Boulder Manor in Boulder, CO. She was born June 11, 1923 at home outside of Albia to Floyd and Ethel (Carlson) Henderson. Ruth was a graduate of Lovilia High School class of 1941. She married William H. Dunkin on December 13, 1942 in Lancaster, Missouri. To this union a daughter was born. She had been living in Colorado for two and one-half years to be near her daughter. Ruth was a member of Union Park Baptist Church in Des Moines, IA. Ruth had worked for Dunn & Brad Street and the Des Moines Public School System She was a real prayer warrior, active in her church, enjoyed reading. Recently she took great enjoyment in her new great grandson. Ruth is survived by her daughter, Janice Perry and husband David of Lafayette, CO, three grandchildren, Melissa Perry of Burnsville, MN, Mark Perry and wife Heather of Thornton, CO and Stephen Perry and wife Amanda of Hatfield, PA, as well as two great grandchildren and two step great grandchildren. She is also survived by two sisters Mildred Buckrop and husband Roy of Moline, IL, Mary Scott and husband Richard of Saucier, MS and two brothers William Henderson and wife Nancy of Albia, IA and Donald Henderson and wife Carol of Lynnville, IA. Ruth was preceded in death by her parents. Funeral services will be held at 2:00P.M., Sunday, April 6, 2008, at the Winfield Funeral Home in Albia, with her grandson Mark Perry officiating. Burial will follow services at Union Chapel Cemetery of Monroe County, Iowa. Visitation will begin at the Winfield Funeral Home in Albia on Sunday, April 6th, at noon until the time of service. Ruth's family will be present. In lieu of flowers, donations will be accepted to be given to her church in her memory. Condolences may be made at www.winfieldfh.com

The family of Ruth Evelyn Dunkin created this Life Tributes page to make it easy to share your memories.

Send flowers to the Dunkin family.