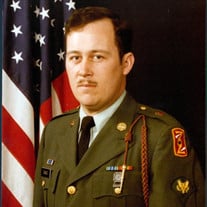 Roger Dale Daggs, age 64, of Seymour, IA, passed away on Thursday, December 10, 2020, at his home in Seymour. Roger was born on November 13, 1956, in Albuquerque, New Mexico to Samuel and Joan (Rowe) Daggs. His family moved to Iowa and he grew up attending school in Central Lee, graduating from the Central Lee High School with the Class of 1976. On December 9, 2005, Roger married Marti Goehl in Keokuk, Iowa. Roger was an over the road truck driver for many years, most recently working for Chihuahua’s Trucking. Roger enjoyed being outdoors and fishing. He was a very talented woodworker who could build anything, such as cabinets and staircases. He was very generous, had a big heart, and enjoyed helping anyone in need. He was ornery and loved to joke around and spend time with his family and friends, especially his grandchildren. He also loved his many dogs over the years, especially Mika, Precious, and Suzie. Roger is survived by his wife, Martha “Marti” Daggs, his father, Samuel “Sam” Daggs; his children, Tyler Wheatley, Teresa (Dusty) Andersen, and Tony (Jennifer) Duncan; 10 grandchildren, Layton, Chloe, Taylor, Skylar, Katie Jo, Grant, Trent, Allyson, Paige, and Brandon; 4 great grandchildren, Gracie Lynn, Ryker, Maverick, and Wynonna; and 4 siblings, David (Lynda) Daggs, Pam (Tim) Collette, Matthew Daggs, and Doug (Sherry) Daggs. He is also survived by several aunts, uncles, nieces, nephews, and cousins. He is preceded in death by his mother, Joan; a grandson, J.D.; a brother, Troy Daggs in infancy; his grandparents; and a sister-in-law, Pammy Jo Daggs. Per Roger’s wishes, his body has been cremated and no services are planned at this time. A memorial has been established to the family.

Roger Dale Daggs, age 64, of Seymour, IA, passed away on Thursday, December 10, 2020, at his home in Seymour. Roger was born on November 13, 1956, in Albuquerque, New Mexico to Samuel and Joan (Rowe) Daggs. His family moved to Iowa... View Obituary & Service Information

The family of Roger Dale Daggs created this Life Tributes page to make it easy to share your memories.

Send flowers to the Daggs family.