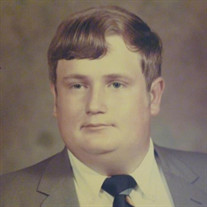 Robert Michael “Mike” Smith (Buska), age 67, of Bussey passed away on Monday, May 18, 2020, at Mahaska Health Partnership in Oskaloosa, Iowa. Mike was born on October 2, 1952, to Howard and Gladys (Hendricks) Smith in Albia, IA. He grew up and attended school in Albia, graduating from the Albia High School. He was united in marriage to Vickie Little and to this union, a daughter, Bobbi Jo, was born. Mike and Vicki later divorced. He then married Karen Ray, and to this union, a daughter, Katie was born. Mike and Karen later divorced. On April 28, 2000, Mike married Sandy Walton in Knoxville, IA. Mike was a coal miner before going to work at Van Gorps as a welder. He later worked at Pella Corp. until he retired in February of 2016. He was an avid outdoorsman who loved to fish, hunt, and mushroom hunt. He also enjoyed gambling on slot machines. Mike is survived by his wife, Sandy Walton; his children, Bobbi Jo Jamieson, John Haines, Christopher (Lisa) Haines, Robert “Bob” (Heidi) Whelan, David (Ashley Crawmer) Whelan, and Tim (Kayla Post) Whelan; 14 grandchildren; 1 great grandchild; a sister, Dixie (Larry) Moneysmith; many nieces and nephews; good friends, Craig and Carol Reed; and his beloved dog, Daisy Mae. Mike is preceded in death by a daughter, Katie Smith; his parents, Howard and Gladys; and 2 sisters, Charlotte Jones and Karie Larkin. Visitation will be held from 1:00 p.m.- 6:00 p.m. on Saturday, May 23, 2020, at the Tharp Funeral Home in Albia. Due to the current State of Public Health Disaster Emergency and the COVID-19 pandemic, the visitation will be limited to ten individuals in the building at a time. Per Mike’s wishes, his body will be cremated following visitation and no funeral service will be held. An open memorial has been established and will be determined at a later date.

The family of Robert Michael "Mike" Smith created this Life Tributes page to make it easy to share your memories.