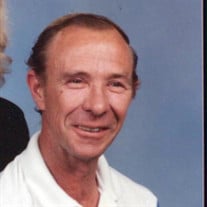 Robert “Bob” Eugene Tidball Sr., age 78, of Ottumwa, passed away on Wednesday, December 29, 2021, at Ottumwa Regional Health Center in Ottumwa, Iowa. Bob was born on January 8, 1943, to Robert and Verla (Helm) Tidball. He grew up attending school in Ottumwa. On August 10, 1968, he was united in marriage to Betty Ann Brown in Agency and to this union, 2 children were born, Robert Jr. and Melissa. Bob and Betty Ann shared 53 years of marriage prior to his passing. Bob served his country in the United States Army from August 1964-August 1968. After returning from the service, he drove a truck for 7-Up, Pabst, and then Miller. He enjoyed the outdoors, hunting, fishing and riding his motorcycle. Bob’s true joy in life was spending time with his family and friends. Bob is survived by his wife, Betty Ann; 2 children, Robert Tidball Jr. and Melissa (Ricky) Nelson; 4 grandchildren, Brandon and Dezirae Nelson, Jacey Tidball, and Zac Dye; and a sister, Arretta Covert. He is also survived by several nieces, nephews, cousins, and good friends. Bob was preceded in death by his parents, Robert and Verla Tidball and 2 sisters, Marilyn and Joleen. Visitation will be held from 3:00 p.m.-7:00 p.m. on Monday, January 3, 2022, at the Tharp Funeral Home in Albia, with Bob’s family present to greet family and friends. Funeral services will be held at 10:30 a.m. on Tuesday, January 4, 2022, at the Tharp Funeral Home in Albia, with Pastor Roger Henry officiating and military honors provided by the American Legion of Albia, Lovilia and Melrose. Following services, per Bob’s wishes his body will be cremated and a private family burial will be held at a later date. An open memorial has been established to the family to be determined at a later date.

The family of Robert "Bob" Eugene Tidball Sr. created this Life Tributes page to make it easy to share your memories.

Send flowers to the Tidball family.