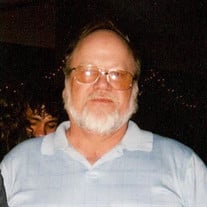 Robert “Bob” Joseph Thomas, age 73, of Lovilia passed away under the care of Care Initiatives Hospice on Saturday, August 31, 2019, at his home in Lovilia, surrounded by his loved ones. Bob was born on July 24, 1946, in Albia to Joseph and Geneva (Bates) Thomas. He was raised in the Hiteman area of Monroe County. He attended local schools and graduated from the Albia High School with the Class of 1964. He enlisted in the United States Army in 1967 and served his country during the Vietnam War. Following his tour in Vietnam, Bob returned home and worked at Maytag and later John Deere. During a winter layoff, Bob wanted to travel again and set out for Hawaii to visit relatives. This trip led to Australia where he worked the shrimp boats and manned Danish Freighters in the off-season in and around the Gulf of Carpinteria on Australia’s northern coast. From there, Bob went to Florida where he again worked shrimp boats, eventually buying his own 58-footer, the Julie Franks. Bob worked this boat for years until it sank in a storm near Galveston in 1982. He then sought licensing as a sea captain for a 500-ton oil ship. He was employed by the Mexican government for a couple of years to run a shuttle service in and around the Yucatan Peninsula supplying oil rigs in the gulf owned and operated by the Petroleos Mexican-Pemex, the government owned oil corporation. During this time, he was introduced to a crew from Honduras. After a 2 year stint on the oil ship, Bob went to the Bay Islands in Honduras. There he purchased a hull and built a 40-foot Lobster diving boat. He settled in the area located on the northeastern coast of Honduras. On April 30, 1986, he married Romanita Rosales. Bob and Romanita remained in Honduras until deciding to come home. After a short stay in Florida, they returned to Monroe County, Iowa, where they have remained. Bob enjoyed being outdoors, camping, and hunting mushrooms. He was an exceptionally talented woodworker and carved many different items, including many walking sticks, people, houses and anything else he put his mind to. He enjoyed spending time with his family and friends. Bob loved to travel and thoroughly enjoyed meeting and visiting with people from all over the world. He was very social, enjoyed visiting with others and never knew a stranger. Bob is survived by his wife of 33 years, Romanita; a brother, Howard (Lois) Thomas; 2 sisters, Mimi Tharp and Karen “Kitty” (Buddy) Stafford; and a brother-in-law, Matt Watson. Bob is also survived by several nieces, nephews, cousins, and good friends. He was preceded in death by his parents, Joseph and Geneva; and 3 sisters, Gladyth VanDolah, Jeanne Frye, and Donna Watson. Visitation will be held from 11:00 a.m.-8:00 p.m. on Monday, September 2, 2019, at the Tharp Funeral Home in Albia, with Bob’s family present from 4:00 p.m.-8:00 p.m. to greet family and friends. A memorial service will be held at 10:30 a.m., Tuesday, September 3, 2019, at the Tharp Funeral Home in Albia, with Dan Smith officiating. Burial with military rites provided by the American Legion of Albia, Melrose and Lovilia will follow services at the Hiteman Cemetery. An open memorial has been established and will be determined at a later date.

The family of Robert "Bob" Joseph Thomas created this Life Tributes page to make it easy to share your memories.

Robert “Bob” Joseph Thomas, age 73, of Lovilia passed away under...

Send flowers to the Thomas family.