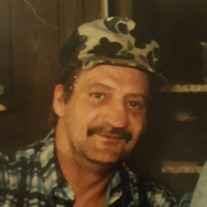 Richard “Dickie” Lee Survis, age 74, of Albia passed away peacefully on Monday, March 27, 2017, at his home in Albia. Dickie was born October 7, 1942 to Hubert and Lelah (Richmond) Survis in Monroe County, Iowa. He attended school at the Council Bluffs School for the Deaf and graduated with the Class of 1959. After high school he started working in Burlington. He married Dorothy McKim in 1963. Dickie moved back to Albia in 1965 and worked for Long’s lumberyard in Moravia. Dickie enjoyed fishing, hunting, wood crafts, working with flowers, playing marbles, card games and playing around with kids and dogs. Dickie is survived by his wife of 54 years, Dorothy Survis. He was preceded in death by his father, Hubert Survis; his mother, Lelah Briggs, his step-father, George Briggs, four sisters, Lois VanPelt, Bonnie Fosenburg, Margaret Baerswyl and Dorothy Wells and a brother, Don Survis. Memorial services will be held at 10:30 a.m., Friday, March 31, 2017, at the Tharp Funeral Home in Albia with Pastor Terry Chapman officiating. Burial will follow the service at Selection Cemetery in Monroe County. Visitation will be held from 1:00 p.m. until 8:00 p.m., Thursday, March 30, 2017, at the Tharp Funeral Home in Albia, with Dickie’s family present from 4-8 p.m. to greet family and friends. A memorial has been established to the Welcome Home Soldiers Memorial.

The family of Richard "Dickie" Lee Survis created this Life Tributes page to make it easy to share your memories.

Send flowers to the Survis family.