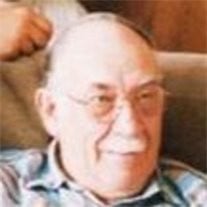 Martin Cole, age 76, of Albia, passed away May 6, 2016, at the Iowa Methodist Hospital in Des Moines, Iowa. Martin was born on April 16, 1940, to James "Clarence" and Dorothy "Nora" (Gladson) Cole at their home in Lovilia. He grew up and attended the Lovilia High School. After High School, Martin joined the United States Army and served his country. In December of 1981, he was united in marriage to Shirley Repp. They were married for 31 years before her passing on August 5, 2013. Martin worked for Maytag his entire life before retiring. After retirement he helped at the Texaco Station in Albia. He was a member of the American Legion Howard Cessna Post #136 in Albia, the VFW and the Astor Masonic Lodge #505. He had a special love for his dog Sassy. He enjoyed playing Bingo, going to casinos, being outdoors, mushroom hunting, and being around people. He was everyone's "grandpa" and was well liked by everyone who knew him. His real joy in life was spending time with his family and friends. Martin is survived by his 2 step children, Cyndi Price and Mike Anderson; 3 step grandchildren, Jenny, Jody, and Jesse. He is also survived by several great grandchildren and nephews. He was preceded in death by his wife, Shirley; his parents, Clarence and Nora; a brother Norman and a sister Bonnie. Funeral Services will be held at 10:30 a.m., Friday, May 13, 2016, at the Tharp Funeral Home in Albia, with Pastor Neil Montz officiating. Burial will follow services at Oak View Cemetery in Albia, with military honors provided by the American Legion of Albia, Melrose, and Lovilia. Following the committal service a luncheon will be held at the Trinity United Methodist Church in Albia. Visitation will be held from 4:00 p.m. to 8:00 p.m. Thursday, May 12, 2016, at Tharp Funeral Home in Albia, with Martin's family present from 6:00 to 8:00 p.m. An open memorial has been established to the family. Condolences may be left for the family at www.tharpfh.com.

Martin Cole, age 76, of Albia, passed away May 6, 2016, at the Iowa Methodist Hospital in Des Moines, Iowa. Martin was born on April 16, 1940, to James "Clarence" and Dorothy "Nora" (Gladson) Cole at their home in Lovilia. He grew up and attended... View Obituary & Service Information

The family of Richard "Martin" Cole created this Life Tributes page to make it easy to share your memories.

Send flowers to the Cole family.