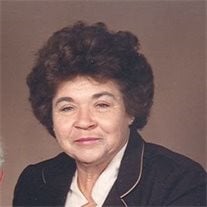 Norma Darlene Dicks,77, passed away on Palm Sunday, April 9, 2006 in Albia, Iowa. A visitation will be held on Tuesday, April 11th at the Winfield Funeral Home with the family present from 6 pm to 8 pm. Funeral services will be held 10:00 am, Wednesday, April 12, 2006 at the Trinity United Methodist Church. Rev. Kevin Leveck, Rev. Lynda Carlson and Rev. Larry DeVos officiating. Norma was born on October 14, 1928 in Knoxville, Iowa. The daughter of Paul DeVos and Velta (Brees) DeVos. Her early life was spent in and around the Pella /Red Rock and Knoxville area where her father settled after coming from Holland. She attended Albia High School and graduated in the class of 1947. Following High School, Norma worked with her family at DeVos (John Deere) Implement and DeVos Hardware. While making plans to attend college, she was swept off her feet by her high school sweetheart, Cecil Dicks. Wedding bells rang when the two were married at the First Presbyterian Church in Albia on April 2, 1948. Three years later, they celebrated the birth of their only child, son Philip in 1951. Norma and Cecil ran DeVos Hardware and Dicks Carpeting and Floor Covering for over 30 years. The store was always a hub of activity, and at times served more as a gathering place for people to exchange news and stories, than a business. At the center of it all was Norma. She loved to listen, and seemed to know everything about everyone. Over the years, customers, friends, and family all bore witness to her jolly sense of humor, infectious laugh, and gentle manner. More than her business, it was Norma's family that became her life's work. She invested all her love and energy into making them as happy and comfortable as possible. She was the grandma that every child dreams of having. The kind that supplies her grandkids with a steady stream of ice cream cones, baseball cards, bb guns, and video games. In her loving presence, her grandkids were always full of happiness, food and affection. She left her loved ones with a life-long example of selflessness, and the importance of placing faith and family before oneself. In 1999, Norma moved to the mountains of Colorado to be near her family. For four years, she was an honored employee of the YMCA of the ROCKIES - Snow Mountain Ranch. Even there she became "grandma" to hundreds of staff, employees and guests from across the US and around the world, before returning to Albia in 2003. Throughout her life, Norma was always active in her faith. She was a member of Trinity United Methodist Church. She taught Sunday school, sang in the choir, and was especially honored to serve as the Sunday School superintendent for many years. Norma had a wonderful, adventure filled life, and has now joined all those she loved in a heavenly reunion: her parents, her husband Cecil and a grandchild, John Mark. Those who remain to honor her memory Her Son, Rev. Philip Dicks and his wife Connie of Knoxville, Iowa and Minburn, Iowa Three grandchildren Carla Lane and her husband Mark of Urbandale, Iowa Joshua Dicks of Boulder, Colorado And Elijah Dicks of Knoxville, Iowa Also her four prized grandchildren: Savannah Jane Lane, William Lane, Chloe Dicks and Christian Moro A brother: Rev. Larry DeVos and his wife Kay of Flora, Indiana A sister: Betty Prather of Albia And other family and life-long acquaintances.

Norma Darlene Dicks,77, passed away on Palm Sunday, April 9, 2006 in Albia, Iowa. A visitation will be held on Tuesday, April 11th at the Winfield Funeral Home with the family present from 6 pm to 8 pm. Funeral services will be held 10:00 am,... View Obituary & Service Information

The family of Norma Darlene Dicks created this Life Tributes page to make it easy to share your memories.