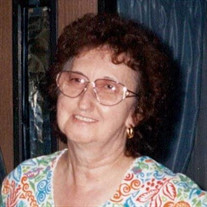 Nigel Jeanne Wilcoxson, age 82, of Ottumwa, passed away on Monday, June 24, 2019, at her home in Ottumwa. Nigel was born on January 8, 1937, in Sorento, IL, to James Roy “JR” and Margaretta (Long) Ingles. She grew up and attended school in Odin, IL. Following high school, she attended Spoon River College in Canton, IL, where she obtained her CNA. She later took computer classes at Indian Hills Community College in Ottumwa, IA. She married Louis Edward Wilcoxson on August 23, 1958, in Odin, IL. To this union, 3 children were born, Pamela, Keith, and Vince. Nigel and Louis shared 59 years of marriage prior to Louis’s passing on April 22, 2018. Nigel worked at the Yahal Nursing Home in Odin, IL before going to work as a dietician at the hospital. She then was a long distance telephone operator in Wheaton, IL, before becoming a homemaker and staying home to raise her children. She later worked in bulk mail at Metro Mail in Mt. Pleasant, IA and lastly, worked at Good Samaritan in Ottumwa, IA. Nigel was a member of the First Pentecostal Assembly of God Church in Ottumwa. She was very talented with arts and crafts and enjoyed painting and sewing. She created patterns and made her children’s clothing as well as matching clothing for their dolls. She was a collector of lighthouses, salt and pepper shakers, and Fenton glass. She loved country music and enjoyed traveling to places, such as Branson, Yellowstone National Park, South Dakota, and Florida. She was very proud of her Indian Cherokee Heritage. She cherished her faith and church and above all, spending time with her family. Nigel is survived by her children, Pamela (Sam) Rominger, Keith (Erlinda) Wilcoxson, and Vince (Karen) Wilcoxson; 5 grandchildren, Natashia, Martin (Katy), Richard (Erin), Kayla (Eric), and Karissa (Clayton); 8 great grandchildren, Drake, Austin, Isis, Kateri, Desiree, Isabella, Olive, and Aurora; 3 brothers, Clarence, Lloyd “Burl” (Shirley), and Thomas (Theresa) Ingles; a sister-in-law, Josephine Ingles; and 2 brothers-in-law, Dwight “Doc” Sanders and Dwight “Ike” Lovvorn. Nigel is also survived by several nieces, nephews, cousins and good friends. She is preceded in death by her husband, Louis Wilcoxson; her parents, JR and Margaretta; 3 brothers, Roy, Delton, and Robert Ingles; a sister, Veronica Lovvorn; and a sister-in-law, Marva Ingles. Visitation will be held from 9:00 a.m. until 11:00 a.m., Friday, June 28, 2019, at the Tharp Funeral Home with Nigel’s family present to greet family and friends. A funeral service will be held at 11:00 a.m., Friday, June 28, 2019, at the Tharp Funeral Home in Albia with Pastor Brad Gray officiating. Burial will follow services at Oak View Cemetery in Albia. A memorial has been established to the First Pentecostal Assembly of God Church in Ottumwa, Iowa.

The family of Nigel Jeanne Wilcoxson created this Life Tributes page to make it easy to share your memories.

Nigel Jeanne Wilcoxson, age 82, of Ottumwa, passed away on Monday,...

Send flowers to the Wilcoxson family.