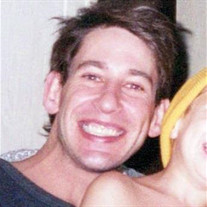 Michael “Mike” Vaughn Rekemeyer, age 49, of Albia, passed away on Friday, September 1, 2017 after many years of pain and suffering. Mike was born on April 10, 1968, to Ross and Phyllis (Smith) Rekemeyer at Story City, Iowa, where he grew up and attended school, staying active in Wrestling, 4-H, and mischief. He moved with his family to Albia and finished high school, enjoying Pops Choir and the Art program. Summers were spent with Richard Burkman painting and pranking each other. Mike studied architecture and graphic design at Iowa State University and later returned to Albia and worked for many years at Falvey Lumber, where he became known as “Dr. Paint.” Any project Mike took on was finished to his high standard of perfection! Unfortunately, chronic pain and a failing body continually isolated his talents and skills. Mike is survived by his son, Jordan Rekemeyer; step-son, Michael Billings; his wife, Jackie Auxter and her children, Rhys (Galadriel) and Tarryn McCollum; parents, Dr. Ross and Phyllis Rekemeyer; a brother, Daniel (Natalie) Rekemeyer and their children, RaeAnna and William; and a sister, DeAnn (Shawn) McAninch and their children, Connor and Erin. His grandparents, Joseph Ray and Marie Smith, Melvin Rekemeyer, and Victor and Adeline Rekemeyer Makoben; his cousin, Thad Moller; and uncles, Darrel Moller and Louis Hillmann will welcome him to heaven. A memorial service will be held at 10:30 a.m. on Tuesday, September 5, 2017, at the Tharp Funeral Home in Albia with Pastor Richard Grimes officiating. Visitation will be held from 2:00 p.m. until 8:00 p.m. on Monday, September 4, 2017, at the Tharp Funeral Home in Albia, with Mike’s family present from 6:00-8:00 p.m. to greet family and friends. An open memorial has been established in Mike’s name to be determined at a later date by the family.

The family of Michael Vaughn Rekemeyer created this Life Tributes page to make it easy to share your memories.

Send flowers to the Rekemeyer family.