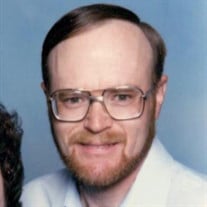 Michael “Mike” Robert Peterson, age 69, of Indianola, formerly of Albia, passed away on Saturday, July 11, 2020, at Westview Care Center in Indianola. Mike was born on March 5, 1951, to Wilbur “Bill” and Ruth (Dies) Peterson at the Monroe County Hospital in Albia. Mike grew up and attended school in Albia, graduating from the Albia High School with the Class of 1969. Mike then attended Northeast Missouri State, graduating in 1973 with a degree in business. On July 17, 1976, he was united in marriage to Lynne Hester at the Methodist Church in Boone. To this union, 2 children, Stephanie and Amy, were born. Mike and Lynne shared nearly 44 years of marriage prior to his passing. Mike worked at Woolco in Des Moines as an assistant manager before going to work for Proctor and Gamble where he was employed until his retirement in 2016. Mike was a former member of the First Christian Church in Albia where he was active with the Chi Rho Camp for 15 years and was a youth group leader. He was currently a member of the Indianola Community Church where he enjoyed being a greeter and was a member of the Iron Man group, as well as a leader of AWANAS for 15 years. He loved to garden and was instrumental in the church garden in which all of the produce was donated to the Food Bank. He was an avid reader and a man of faith who started each day by reading one of the thirty-one proverbs. In his younger years, Mike was on the high school golf team. He enjoyed coaching Softball and Basketball for many years while his girls were growing up. He loved being outdoors, fishing, camping, and boating with his family at Lake Rathbun. He was great at water skiing and loved to ride his bike. He enjoyed taking trips with his wife, Lynne, as well as family vacations to many different places, including St. Louis, Colorado, Minnesota, and Florida. He was a loving husband and father who also had a great sense of humor and loved to joke around with others. Above all, Mike’s family was everything to him. Mike is survived by his wife, Lynne Peterson; his children, Stephanie (Jamie) Clark and Amy Peterson; and his 3 grandchildren, Micheala Clark, Jamie Lynne Clark, and Jesse Paul Peterson. Mike is also survived by survived several cousins and good friends. He is preceded in death by his parents, Bill and Ruth; a brother, Paul Peterson; and a sister-in-law, Lea Peterson. Visitation will be held from 9:00 a.m. to 11:00 a.m. on Saturday, August 1, 2020, at the Tharp Funeral Home in Albia, with Mike’s family present to greet family and friends. A memorial service will be held at 11:00 a.m., on Saturday, August 1, 2020, at the Tharp Funeral Home in Albia with Pastor Walt Claussen officiating. Burial will follow services in Oak View Cemetery in Albia. A memorial has been established to the Christian Conference Center for the Rustic Chi Rho Camp or to Kiya Koda Humane Society in Indianola.

The family of Michael "Mike" Robert Peterson created this Life Tributes page to make it easy to share your memories.

Send flowers to the Peterson family.