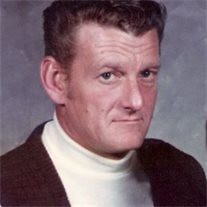 Michael Ray Johannes, age 62, of Albia, Iowa died Thursday morning, October 5, 2006, at the Monroe County Hospital Hospice Room in Albia. Michael was born November 1, 1943 in Albia, Iowa to Elmer Wayne and Mariam Josephine (Kent) Johannes. Mike attended Albia High School, and served in the U.S. Navy from November 8, 1960 to July 13, 1962, during which he was stationed on the S.S. Blue. After his service in the Navy he worked in Nebraska installing phone cable, and then moved back to Iowa were he worked bridge construction for a short time, he worked at Hawkeye Lumber in Albia, and then for 33 years Michael worked for the Albia Water Works. Most recently he was employed at the Indian Hills Biotech Center in Eddyville. Mike truly loved being outdoors. In the spring, he walked countless miles through shallow creeks and newly plowed fields, searching for arrowheads. Nearly every summer day was spent with a fishing pole in hand and when cool fall weather came, out would come his coon-hunting gear. When winter's snow blanketed the earth he was still able to connect with nature by feeding wild birds with his many feeders. Mike is survived by his wife, Ann Johannes of Albia; his children, Robyn (Jerry) Barrickman of Oskaloosa, and Bryon (Trishia) Johannes of Carlisle. Mike was a true and loyal husband, father, uncle, and friend, but he found the most joy in his role as papa to his four precious granddaughters; Holly, Bailey, Courtney, and Riley. His mother, Mariam Johannes of Albia; and two sisters also survive Mike. Mike was preceded in death by his Father, Elmer; one brother, Dale; and one sister, Betty Ann. Funeral services will be held at 2:00 P.M., Saturday, October 7, 2006, at the Winfield Funeral Home in Albia. William VanderMolen, (Mike's nephew), and Reverend Bruce Thompson will officiate the service. Visitation will begin at 11:00 A.M., Friday October 6, 2006, at the Winfield funeral Home. Mike's family will be greeting family and friends from 6 to 8:00 P.M., Friday evening at the funeral home. A open memorial has been established.

The family of Michael Ray Johannes created this Life Tributes page to make it easy to share your memories.

Send flowers to the Johannes family.