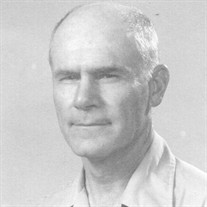 Matthew “Matt” Charles Watson, age 98 of Albia, IA, died peacefully in his home, surrounded by his family on Sunday, April 25, 2021. Matt was born on January 10, 1923, to Morris Lane and Mable Mary (Pollock) Watson on the family farm in Monroe County, IA. He grew up and attended school in Monroe County, graduating from the Albia High School with the Class of 1939. He later attended Iowa State University. On June 29, 1952, he was united in marriage to Donna Rae Thomas. To this union, 2 children, Michelle and Cameron were born. Matt and Donna shared nearly 66 years of marriage prior to her passing on June 27, 2018. Matt moved to California where he worked for Phillips Aviation before he served his country in the Army Air Corps during World War II. Upon returning from service, Matt helped on the family farm before working for Willie and Alberta Friday at Friday’s gas station. Matt then owned and operated Watson’s Gas Company in Albia for many years. Matt was a member of the Antique Airplane Association. He had a great love for aviation, building 3 different planes during his lifetime, an L1, a PJ, and an RV8. Matt was a mentor to many people not only introducing others to aviation, but also on many life skills. He opened up his home to many people that were flying through the area. One of his greatest joys in life was spending time with his family and friends, especially his grandchildren. Matt is survived by a daughter, Dawn “Michelle” (Roy) Hutcheon of Kansas City, MO; a son, Cameron (Tamie) Watson of Albia; their grandchildren and great grandchildren, Nathan (Deborah) Hutcheon and their son, Alec, of Greenville, S.C; Ariel Hutcheon of Norfolk, VA; Hunter Watson (Lauren Montgomery) of Oskaloosa and Caitlyn Watson (Curtis James) and their 2 children of Albia. Matt was preceded in death by his wife, Donna; his parents, Morris and Mable Watson; and his siblings, Mary Lou, Tom, and Dave. Per his wishes, Matt’s body has been cremated and a private family service will be held at a later date. An open memorial has been established to the family.

The family of Matthew "Matt" Charles Watson created this Life Tributes page to make it easy to share your memories.

Send flowers to the Watson family.