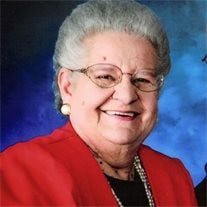 Mary Bernadine Yarkosky, age 81, of Albia, died early Friday morning April 25, 2008 at her home in Albia, Iowa. Mary was born on March 6, 1927, in Ottumwa, Iowa to Steve and Alice (Smith) Yochum. She went to school and graduated from Melrose High School. She also graduated from the Iowa Beauty Academy in Ottumwa. Mary worked as a beautician before she married. She married Albert E. Yarkosky on October 13, 1947 at St. Patrick's Catholic Church in Melrose. She worked for a few years before devoting all her time as a homemaker, raising seven children. Mary was a member of St. Mary's Catholic Church in Albia, and the St. Mary's Altar and Rosary Society. She was also a member of the American Legion Auxiliary in Albia. Mary enjoyed her children, grandchildren and great-grandchildren. She enjoyed sports, music, and especially sitting in her front porch swing and waving and visiting with friends. Mary is survived by her husband, Al Yarkosky of Albia; her children, Linda Kurth (Paul) Yarkosky of Ottumwa, Nancy Yarkosky of Minneapolis, MN, Steve Yarkosky (Chris) of Florida, Patricia Yarkosky of Albia, Karen Rubino (Jim) of De Soto, KS, and Julie Baker (Dale) of McLean, VA; 13 grandchildren; 6 greatgrandchildren. Mary is also survived by one brother James "Ab" Yochum of Ottumwa; one step brother, Paul Yochum; and one step sister, Janet. Mary was preceded in death by her parents; one son, Richard "Dick" Yarkosky; one sister, Margie Smith; and one step brother, David Yochum. Funeral services will be held at 10:30A.M., Monday, April 28, 2008, at St. Mary's Catholic Church in Albia, with Rev. Michael E. Volkmer C.PP.S. officiating. Burial will follow services at St. Mary's Cemetery of Albia, Iowa. Following the burial there will be a luncheon at St. Mary's Catholic Church. Visitation will begin at 9:00 A.M., Sunday, April 27, 2008 at the Winfield Funeral Home in Albia. Mary's family will be present throughout the day and evening. A rosary will be led Sunday at 4:00 P.M., by the St. Mary's Altar and Rosary, and a Christian Wake Service will also be held at the funeral home, Sunday evening at 7:00 P.M. Memorials may be made in memory of Mary Yarkosky to St. Mary's Catholic Church or St. Mary's Cemetery.

Mary Bernadine Yarkosky, age 81, of Albia, died early Friday morning April 25, 2008 at her home in Albia, Iowa. Mary was born on March 6, 1927, in Ottumwa, Iowa to Steve and Alice (Smith) Yochum. She went to school and graduated from Melrose... View Obituary & Service Information

The family of Mary Bernadine Yarkosky created this Life Tributes page to make it easy to share your memories.

Send flowers to the Yarkosky family.