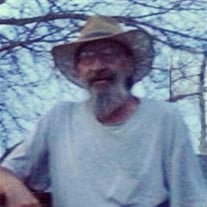 Marvin “Henry” Allspach Jr., age 66, of Melrose, passed away on Thursday, September 13, 2018, at his home in Melrose. Henry was born on July 1, 1952, in Newton, IA, to Marvin Henry Sr. and Thelma (Reynolds) Allspach. He grew up and attended school in Newton. On September 3, 1994, he was united in marriage to Mary Ann Moore. They shared 24 years of marriage prior to Henry’s passing. Henry worked at Maytag in various positions, retiring after 30 years. He also owned and operated the Shamrock Tavern in Newton for many years where he enjoyed drinking many Old Milwaukees and telling tall tales with good friends. He enjoyed being outdoors, doing things such as fishing, hunting, and gardening. He was a very social person and loved to be around others, telling stories, and attending a good gathering and having a drink. One of his favorite places to go was the Red Barn in Melrose. He was generous with his time and was very involved with the VFW Auxiliary in Newton where he helped with various charitable events and steak dinners. Above all, Henry cherished his family and was a loyal friend to many. Henry is survived by his wife, Mary Ann Allspach; 2 sons, Marvin Henry (Stephanie) Allspach III and Jeremy (Jennifer) Sumpter; 2 stepdaughters, Julie Dickerson and Jeanette (Dave) Mulbrook; 8 grandchildren, Hailey, Carson, and Ava Sumpter, Emily Henderson, Laura Hinshaw, Lisa and Randy Dickerson Jr, and Casandra Jasso; numerous great grandchildren; 2 brothers, Gary (Harriett) and Stanley (Patty) Allspach; and a sister, Anita Layer. Henry is also survived by many nieces, nephews, cousins, and good friends. He is preceded in death by his parents, Marvin Henry Sr. and Thelma Allspach and his brother and sister-in-law, Jerry and Maryann Allspach. A celebration of life service will begin at 3:00 p.m. on Friday, September 28, 2018, at the Community Building at Green Acres in Melrose. A private family burial will be held at a later date at Mount Calvary Cemetery in Melrose, Iowa. An open memorial has been established and will be determined at a later date.

The family of Marvin Henry Allspach Jr. created this Life Tributes page to make it easy to share your memories.

Send flowers to the Allspach family.