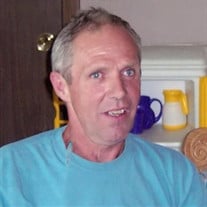 Martin “Marty” Lee Chamberlain, age 66, of Chesapeake, Virginia, passed away on Tuesday, January 28, 2020, at his home in Chesapeake. Marty was born on August 31, 1953, in Albia, Iowa, to Robert Raymond and Shirley Catherine (Williams) Chamberlain. He grew up and attended school in Albia, graduating with the Class of 1971. He married Jody Marcus in Florida and to this union a son, Weston, was born. Marty and Jody later divorced. On October 29, 2006, he married Delores Bolton. Marty and Delores shared 10 years of marriage prior to her passing in 2016. Marty worked as a pipe fitter in the shipyards where he had the opportunity to work on many different ships. Marty was very ornery and enjoyed joking with others and playing pranks on them. He liked to keep up with his family and friends on Facebook. He also enjoyed being outdoors, riding horses, and was a very talented carpenter. His carpentry skills afforded him the ability to build his own barn on his acreage, where over the years he took in numerous different rescue animals, including his rabbits, Hip and Hop, his turkeys, Dumb and Dumber, his cat, Rink-A-Dink, his dog, Wally, and his favorite, horses, Casey and Bit. Marty is survived by his son, Weston (Cara) Chamberlain; 3 grandchildren, Hannah, Wyatt, and Trinity; his mother Shirley Williams; a brother, Calvin (Pam) Chamberlin; a sister, Kathy (Richard) Welsh; and a brother-in-law, Dave Amos. He is also survived by several nieces, nephews, and good friends. He was preceded in death by his wife, Delores; his father, Robert Chamberlain; a sister, Marina Amos; his stepfather, Kenny Williams; and Weston’s mother, Jody. Per Marty’s wishes, his body has been donated to science and a memorial service will be held at a later date with burial following the service at Osborn Cemetery.

The family of Martin "Marty" Lee Chamberlain created this Life Tributes page to make it easy to share your memories.

Send flowers to the Chamberlain family.