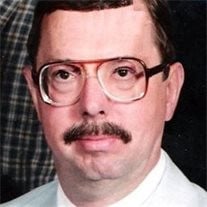 Winfield Funeral Home 116 Benton Ave. West, Albia, Iowa 52531 Phone (641)932-3129~ fax (641)[email protected] Dateline: Albia, Iowa Dr. Lawrence E. Merrick, D.O. Dr. Lawrence E. Merrick, D.O., age 57 of Albia died early Friday morning, March 21, 2008, at his residence in rural Albia. Lawrence was born in Centerville, Iowa, to Lawrence and Wilma Lois (Randall) Merrick on June 21, 1950. He attended and graduated From Wayne County High School. After high school he graduated from North East Missouri State in Kirksville, Missouri, and then graduated with his Doctorate of Osteopathic Medicine from Kirksville College of Osteopathic Medicine. Lawrence married Patricia Joy Mattern in Kirksville, Missouri. They were married May 26, 1978. During their marriage they raised four children. Lawrence served as a captain in the United States Army for 5 years after graduation from Medical College. He served his medical internship at William Beaumont Medical Center in El Paso, Texas, and also was stationed in Missouri, but mostly in Germany, during his military service. Lawrence worked in private practice after his service in the U.S. Army. For a short time he had a private practice in Albia. For over 20 years he worked and later owned the Osteopathic Medical Clinic in Ottumwa, Iowa. Lawrence was also the Wapello County Jail Physician. Lawrence was a former Boy Scout Leader in Albia. A member of the Iowa Osteopathic Medical Association, and a lifetime member of the National Rifle Association. When Lawrence was younger and lived with his parents in Corydon he was a member of the Disciples of Christ of which he helped build the church. Lawrence is survived by his Mother, Wilma Merrick of Corydon; his wife, Patricia "Pat" Merrick of Albia; four children, Trevor Merrick of Ames, Jhon Merrick of Ottumwa, David Merrick of Albia, and Susana Merrick of Albia. Lawrence was preceded in death by his father, Lawrence Merrick. Visitation will begin at 11:00 A.M., Tuesday, March 25, 2008 at the Winfield funeral Home. Lawrence's family will be greeting friends from 5 to 7:00 P.M., Tuesday evening. Funeral services will be held at 7:00P.M., Tuesday, March 25, 2008, at the Winfield Funeral Home in Albia, with Pastor Grover Branson officiating. Per Lawrence's request cremation will follow services. Memorials may be given to Kirksville College of Osteopathic Medicine. Condolences may be made at www.winfieldfh.com

The family of Dr. Lawrence E. Merrick created this Life Tributes page to make it easy to share your memories.

Send flowers to the Merrick family.