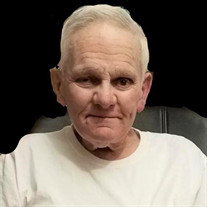 Larry Dean Anderson, age 68, of Albia passed away on Friday, May 15, 2020, at his home in Albia. Larry was born on August 22, 1951, to Lloyd “Curly” Dean and Martha Mae (Davison) Anderson at the hospital in Bloomfield, Iowa. He grew up and attended Albia High School graduating with the class of 1969. In 1969, he was united in marriage to Patty Griffin. To this union two children were born, Kerry and Bill. Larry and Patty later divorced. He then met and married Jacquelyn Dean in 1981. To this union one child was born, Katie. Larry worked for John Deere Ottumwa Works as a supervisor in the paint shop. He retired from John Deere in 2004. He helped organize and coach Little League Baseball here in Albia and coached at the Babe Ruth and High School level. His biggest accomplishments as a coach were when he coached the 1987 Little League state champions as well as the 1992 Babe Ruth state champions. Larry enjoyed being outdoors, camping, water skiing, and snow skiing. In his younger years, he enjoyed cars. Larry use to sneak out of his parent’s home and take their car to the Eddyville Drag Strip and race it. Later on, he had a 1967 Chevelle that was nearly unbeatable. Larry also enjoyed traveling to various NASCAR and drag racing events, as well as taking his family to watch the Kansas City Royals and the Iowa Hawkeyes Football and Basketball games. He later would winter in Texas as a snowbird, but when in Iowa, Larry was a very good neighbor and would help whenever needed or wanted. Larry loved his three Schnauzers, all named Maggie. Larry is survived by his wife, Jacquelyn; 3 children, Kerry (Karen) Anderson of North Liberty, Bill (Theresa) Anderson of Albia; and Katie (Dan Foudree) Anderson of West Des Moines; 1 sister, Linda (Walton) Morse of Dayton, Tennessee; 9 grandchildren, Bailey and Zackery Anderson, Mason and Tristin Long, Hanna and Lilly Anderson, and Lauryn, Jacob, and Karly Foudree; and two nieces, Shelly Scurlock, and Kathy Morse. Larry is also survived by several good friends. Larry is preceded in death by his parents, Lloyd “Curly” and Martha Mae Anderson. Per Larry’s wishes, his body has been cremated. Due to the current State of Public Health Disaster Emergency and the COVID-19 pandemic, there will be a celebration of life held at a later date. In lieu of flowers, an open memorial has been established and will be determined at a later date. Cards of condolences and memorials can be sent to the family at 315 South 12th St., Albia, Iowa 52531.

The family of Larry Dean Anderson created this Life Tributes page to make it easy to share your memories.

Larry Dean Anderson, age 68, of Albia passed away on Friday,...