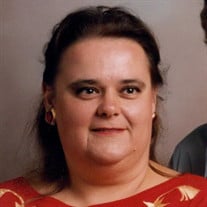 Lois “Dianne” Davis, age 65, of Albia, passed away Friday, November 25, 2016, under the care of Care Initiatives Hospice at the Northern Mahaska Nursing and Specialty Care Center in Oskaloosa, Iowa. Dianne was born September 7, 1951, to Charles W. and Lois I. (Fisher) Barnes in Ottumwa, Iowa. She attended the Albia High School graduating with the Class of 1969. She then went on to Indian Hills Community College and received her Nursing Degree. On September 2, 1971, she was united in marriage to Glen W. Davis. To this union 2 sons were born Stephen and Scott. Dianne and Glen shared 42 years of marriage until Glenn’s passing in 2014. Dianne worked in the health care profession. She was a radiology technician for 17 years as well as working as a nurse for 13 more years. She also worked as an office nurse for Dr. Cunningham’s office. Dianne was a member of the Blakesburg Christian Church. She also served as a Hospice volunteer for Monroe County Hospitals, and Hospice of Wapello and Davis Counties. She enjoyed working in her flower garden, traveling and babysitting. Dianne is survived by her two sons, Stephen Davis of Ankeny, and Scott (Renee) Davis of Pella; her grandchildren, Gabe, Kaden, Shianne, Lane, Blake, and Carter and a brother, Allan (Julie) Barnes of Albia. She was preceded in death by her parents, Charles and Lois; and her husband, Glen W. Davis. Funeral Services will be held at 10:30 a.m., Tuesday, November 29, 2016, at the Tharp Funeral Home in Albia, with Pastor Ray Lyon officiating. Following services Dianne will be cremated and private family burial will be held at a later date. Visitation will be held from 1:00 p.m. to 8:00 p.m. Monday, November 28, 2016, at Tharp Funeral Home in Albia, with Dianne’s family present from 6:00 p.m. to 8:00 p.m. to greet friends and family. Memorials have been established to the Monroe County Hospital.

The family of L. Dianne Davis created this Life Tributes page to make it easy to share your memories.