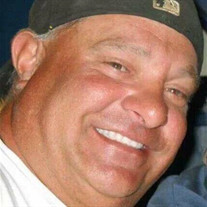 Kirk William Leshen, age 51, of Albia, passed away unexpectedly November 18, 2017 at the Monroe County Hospital in Albia, Iowa. Kirk was born in Pittsburgh, PA in 1966 to Ron and Cora Leshen. He graduated from the Albia High School with the Class of 1985. He married Sherry Hollinrake and to this union three children were born, Jessica, Jack and Josie. They later divorced. He met the love of his life Susan Flahive Steffen in January of 2008 and they were married on June 12, 2009. Kirk had worked at Everco Industries and Maytag in Newton until its closure. He then went to work for Clow Manufacturing and was currently employed at Weiler in Knoxville. In his younger years Kirk was an outstanding athlete. He held the homerun record and batting title in Little League and also excelled in sports throughout high school. He was an avid Pittsburgh Steelers, Pittsburgh Pirates and Penn State Nittany Lions fan. Kirk never knew a stranger. He will be remembered most for his ability to make people laugh and his children that he was so very proud of and whom he loved with all of his heart. He is survived by his wife, Susan; his parents, Ron and Cora; his children, Jessica (Jared), Jack (Erin) and Josie (Nick); his step-son Gannon; his brothers, Jay (Heather) and Eric (Angie); 25 nieces and nephews and his in-laws, Jim and Diane Flahive. Kirk is also survived by his favorite dog Ruby. Kirk was preceded in death by his grandparents. Kirk’s family would like to invite everyone attending to wear your Pittsburgh Steelers, Pittsburgh Pirates, Penn State Nittany Lions or Chicago Cubs attire in honor of his great love for all the teams. Funeral services will be held at 10:30 a.m., Wednesday, November 22, 2017 at the Tharp Funeral Home in Albia, with Jason Summers officiating. Burial will follow the service at St. Mary’s Cemetery in Albia. Visitation will begin at 2:00 p.m. until 8:00 p.m., Tuesday, November 21, 2017, at the Tharp Funeral Home in Albia with Kirk’s family present throughout the day and evening to greet family and friends. An open memorial has been established to Kirk’s family.

Kirk William Leshen, age 51, of Albia, passed away unexpectedly November 18, 2017 at the Monroe County Hospital in Albia, Iowa. Kirk was born in Pittsburgh, PA in 1966 to Ron and Cora Leshen. He graduated from the Albia High School with... View Obituary & Service Information

The family of Kirk William Leshen created this Life Tributes page to make it easy to share your memories.

Send flowers to the Leshen family.