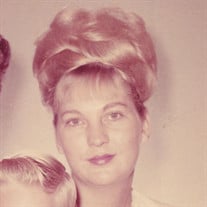 Karen Kaye Moon, age 72, of Hedrick formerly of Albia, passed away October 30, 2016 at the Mercy Medical Center in Des Moines, Iowa. She was born January 10, 1944 to Chester and Billie (Baumgarner) Smith in Oswego, Kansas. She grew up and attended Knoxville High School and graduated with the class of 1962. In 1964 she married Sheldon Moon. To this union two children were born, Michelle and Kyle. Karen and Sheldon later divorced but remained very close friends. Karen moved to California in 1966, where she worked in foster care and babysitting in her early years before she was the executive secretary for the president of Denny’s restaurant chain. She then worked as an over the road truck driver for Consolidated Freight Way before moving back to Albia in 1991. She was a member of the American Legion in Albia. Karen enjoyed crocheting, doing crafts, collecting angels, Thomas Kinkade art, cooking recipes and looked forward to hosting family holidays. She was an excellent cook who was known for her pumpkin pie and fudge. Her real joy in life was spending time with her children and grandchildren who she often told I love you to the moon and back. Karen is survived by her daughter, Michelle (David) Edwards, her son, Kyle (Tina) Moon; five grandchildren, Shanon, Amber, Candace, Tiffany, and Andrew; four great-grandchildren, Maddison, Abel, Landry and Maclin. Karen is also survived by her siblings, Delores Van Dyk, Tom Kamerick, Ed (Jane) Kamerick, Walter (Kathy) Kamerick and a very special brother, William Mark Kamerick whom she helped raise. She was preceded in death by her parents, Chester Smith and Walter and Billie (Baumgarner) Kamerick; a brother, Chester Lee Smith; a grandchild, Andrew Bryce Moon; and her ex-husband, Sheldon Moon. A memorial service will be held at 7:00 p.m., Wednesday, November 2, 2016 at the Tharp Funeral Home in Albia with Pastor Guy Almon officiating. Karen will be buried next to her parents Walter and Billie Kamerick in Pella at a later date. Visitation will be held from 6:00 p.m. to 7:00 p.m. Wednesday, November 2, 2016, at Tharp Funeral Home in Albia, with Karen’s family present Memorials have been established to the family.

Karen Kaye Moon, age 72, of Hedrick formerly of Albia, passed away October 30, 2016 at the Mercy Medical Center in Des Moines, Iowa. She was born January 10, 1944 to Chester and Billie (Baumgarner) Smith in Oswego, Kansas. She grew up and attended... View Obituary & Service Information

The family of Karen Kaye Moon created this Life Tributes page to make it easy to share your memories.

Send flowers to the Moon family.