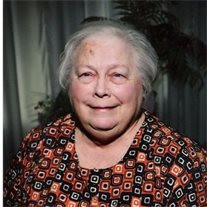 June Lee Coleman, age 83, of Albia, died Sunday morning June 15, 2008, at the Monroe County Hospital in Albia, Iowa. June was born on August 25, 1924, in Seco, Kentucky to Eldon and Bessie (Longworth) Baker. She graduated from Wilber Wright High School, class of 1943. After high school June attended River Bend Art College were she received an Arts degree. June married Charles B. Coleman, on April 15, 1950, they were married thirty nine years before Charles' death in 1989. June worked as a secretary for General Electric for many years. June was a member of the Church of the Nazarene in Moravia, she also enjoyed the outdoors, jewelry making, bead work, and she was an avid reader. June is survived by her daughter; Connie and her husband Mark McFall of Hamilton, six grandchildren; Marcus and his wife Laura McFall and son Connor of Albia, Lee McFall of Albia, Nathan McFall of Hamilton, Ivan Lara of Hamilton, Kyle McFall of Hamilton, Jasmine McFall of Hamilton. June is also survived by many cousins. June is preceded in death by her parents; Eldon and Bessie, and one son Gary Coleman. A Memorial services will be held at 3:00 P.M., Sunday, June 22, 2008, at the Church of the Nazarene in Moravia, with Rev. Terry Chapman and Rev. Ken Martin, co-officiating. A luncheon and time to spend with the family will follow services A Memorial will be established to the Animal Rescue League of Des Moines

The family of June Lee Coleman created this Life Tributes page to make it easy to share your memories.

Send flowers to the Coleman family.