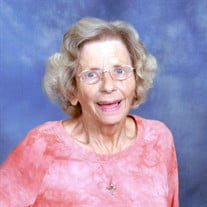 Judith Ann Carter, age 77, of Albia, IA, passed away at 12:33 a.m. on Sunday, July 25, 2021, at Mercy One Hospital in Des Moines. Judy was born on March 7, 1944, to John F. Jr. and Grace Elizabeth (Jones) Mitton in Albia. She grew up attending school in Albia and graduated from the Albia High School before attending and graduating from beauty school in Ottumwa. On August 29, 1963, she was united in marriage to Otto Fredrick Carter at the Methodist Church in Albia. To this union two children were born, Lora and John. Judy and Otto shared 44 years of marriage prior to Otto’s passing on June 17, 2008. Judy worked at Chamberlain’s in Albia. When her children were young, she stayed at home to raise them. She later helped Otto with his construction business while also working in the cafeteria at the Albia hospital. Judy and Otto owned and operated an antique store on the local square. Judy was an active member of the Trinity United Methodist Church where she enjoyed attending service and Sunday school each week as well as helping serve communion, Sunday evening prayer group, and volunteering her time with Kid’s Club and Vacation Bible School. She was generous with her time and enjoyed visiting others in the nursing homes. One of Judy’s greatest joys was spending time with her family and friends, especially her grandchildren and great grandchildren. Judy is survived by her children, Lora (Greg) Ross of New Sharon and John (Kristi) Carter of Monroe; 8 grandchildren, Grace (Rick) Guffey, Gunnar (Jessica) Ross, Jessica (Michael) Wityk, Bret (JoAnna) Carter, Brody Swearingen, Kenndal Hafele, Dakota Eilander, and Austin Saner; and 8 great grandchildren, Madison, Gavin, Annabelle, Hailey, Stephen, Jesse, Bradley, and Zameiliah. Judy is also survived by other family members and good friends. Judy is preceded in death by her husband, Otto; her parents, John and Grace Mitton. Graveside services will be held at 10:00 a.m., Friday, July 30, 2021, at the Hamilton Cemetery in Hamilton, with Pastor Roger Henry and Pastor Richard Grimes co-officiating. Following the service, there will be a luncheon held at Trinity United Methodist Church where anyone wanting to share special stories and memories may do so in celebration of her life. Everyone is welcome. In lieu of flowers, memorials may be made to the Trinity United Methodist Church in Albia to be used for Kid’s Club.

The family of Judith Ann Carter created this Life Tributes page to make it easy to share your memories.

Send flowers to the Carter family.