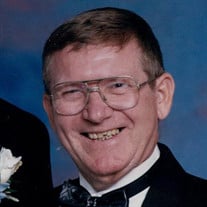 Jerry Lee Whitson, age 77, of Melrose passed away peacefully on June 7, 2016, at his home near the lake by Melrose. Jerry was born November 17, 1938, in Avery, Iowa to Cecil and Alberta (Sebben) Whitson. He attended and graduated from Albia High School Class of 1957. He was united in marriage to Virginia Dubeck. To this union came six children, Mike, Jerry, Scott, Jeff, Beth and Danny. Jerry served his country in the United States Navy. He worked as a camera/scanner operator at Stamats and Cedar Graphics for more than 35 years before retiring. He was a member of the American Legion and the Disabled Veterans. Jerry enjoyed being outdoors, fishing, hunting, gardening, and coaching youth sports. He was a very talented woodworker often building grandfather clocks, birdhouses and shadowboxes. Jerry was very generous to charity groups and enjoyed helping others. His real joy in life was spending time with his friends and family, especially his grandchildren. He is survived by his six children, Mike (Margaret) Whitson of Cedar Rapids, Jerry Jr. (Laura) Whitson of Marion, Scott (Staci) Whitson of Central City, Jeff (Elly) Whitson of Martelle, Beth (Doug) Henderson of Coggon and Danny (Jade) Whitson of Central City; mother of the children Virginia Whitson; 14 grandchildren, Tony, Steve, Nick, Brandon, Ryan, Jacklyn, Katherine, Isabelle, Emma, Leah, Phoebe, Brooklyn, Colton, and Emerson; 3 brothers, Larry (Phyllis) Whitson, Phil (Diane) Whitson and Wayne Whitson; a sister, Carolyn Plum and several nieces and nephews. He was preceded in death by his parents; Cecil and Alberta; a daughter, Tina Marie, two grandchildren, Hayley and Daunte; a brother Steve Whitson and a brother-in-law, Jim Plum. Visitation will be held from 4:00 p.m. until 7:00 p.m. on Friday, June 10, 2016, at the Tharp Funeral Home with Jerry’s family present throughout. Funeral services will be held Saturday, June 11, 2016, at 10:30 a.m. at the Tharp Funeral Home in Alba. Burial with military rites provided by the American Legion of Albia, Lovilia, and Melrose will be in the Oak View Cemetery in Albia. A memorial has been established to the Welcome Home Soldier Memorial.

Jerry Lee Whitson, age 77, of Melrose passed away peacefully on June 7, 2016, at his home near the lake by Melrose. Jerry was born November 17, 1938, in Avery, Iowa to Cecil and Alberta (Sebben) Whitson. He attended and graduated from... View Obituary & Service Information

The family of Jerry Lee Whitson created this Life Tributes page to make it easy to share your memories.

Send flowers to the Whitson family.