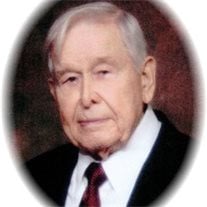 Gayle M. Bennett, Lt. Colonel, USAF, Retired, age 89, of Vallejo, California, formerly of Lovilia, died peacefully at home after a long bout with cancer surrounded by his family and friends on Wednesday, February 28, 2007. Funeral services will be held at 11:00 A.M. Thursday, March 8, 2007 the Winfield Funeral Home in Albia with Rev. Norman Bennett officiating. Burial with Military Honors conducted by the Howard Cessna Post No. 136 American Legion of Albia will be held in Woodlawn Cemetery in Lovilia. No visitation is planned. Lt. Col. Bennett is survived by his wife, Lilly, daughters Mary Jane (Ronald) Johnson of Clarksville, Ohio, Jolanta (Marek) Kurowski of Vallejo, California, grandchildren Michael (Jodi) Johnson of Arlington, Tennessee, Amanda Johnson of Wilmington, Ohio, Nikki Anderson of Vallejo, six great grandchildren, eleven nieces and nephews and numerous grandnieces and nephews. He was preceded in death by his parents, Clarence and Mabel (Roberts) Bennett, his brothers, Harry and C. Kendal Bennett and sister, Orpha Messamaker. Lt. Col. Bennett spent his formative years in Monroe County. He was born in Hiteman on June 24, 1917 and graduated in 1935 from Lovilia High School. In 1937, Lt. Col. Bennett graduated from Albia Junior College and later, the University of Maryland. He received a master's degree from George Washington University. During World War II, Lt. Col. Bennett served in the Army-Air Corps. Prior to the war, he was co-editor of the Lovilia Press. After the war, Bennett became the publisher and editor of the Lovilia Press. He was recalled to active duty during the Korean Conflict, Lt. Col. Bennett retired from the Air Force in 1967. He was an instructor at Solano Community College from 1967-82, he served as a department chairman and head of the California Teachers Association there. He later owned Continental American Antiques with his wife, Lilly, and was an accredited member of the International Society of Appraisers. In recent years, he spent a considerable amount of time in Monroe County researching and writing on Iowa Coal Mines and his family history. In lieu of flowers, memorial contributions may be made to Hospice of Napa Valley, 414 South Jefferson St., Napa, CA 94559 or Rotary International, P.O. Box 4026, Vallejo, CA 94590.

The family of Gayle M. Bennett created this Life Tributes page to make it easy to share your memories.

Send flowers to the Bennett family.