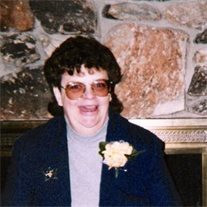 Elaine Ann Chelar, age 53 of Des Moines, and formerly of Albia died, Saturday, February 16, 2008 at her residence in Des Moines. She was born December 10, 1954 in Albia, Iowa, to Frank Marvin and Dortha Jane (Kenton) Chelar. Elaine was a graduate of Albia High School, class of 1973. After high school Elaine received her degree as a Licensed Practical Nurse from Indian Hill Community College, and began working for the Lucas County Hospital as a LPN and an Ambulance Attendant. Later Elaine went back to college and graduated from Indian Hills with her Registered Nursing Degree. She worked for Lucas County Hospital for a short time and then worked as a Registered Nurse for ten years with the V.A. Hospital in Knoxville. Elaine moved to Des Moines and was working as a nurse in the Home Health Care field in the Des Moines area. Elaine was a very gifted at sewing. She made clothing and special gifts with her talent. She also enjoyed needle point. Elaine is survived by her parents, Frank and Dortha Chelar of Albia; one siter, Doris Little of Albia; and one brother, Ray Chelar and his wife Ursula of Columbus, Georgia; two nephews, Jeremy Little and his wife Kathy, and their two children Aidan and Lenora of Edgerton, Kansas, Daniel Little and his wife Vanessa and their child Julia of Prior Lake, Minnesota, and Jennifer Little of Albia. Elaine is also survived by two aunts, Ruth McFarland of Moravia, and Ruth Rasko of Indianola. Elaine was preceded in death by her grandparents. Funeral services will be held at 10:30A.M., Saturday, February 23, 2008, at the Trinity United Methodist Church in Albia, with Pastor Kevin Leveck. Burial will follow services at Union Chapel Cemetery in Monroe County. Visitation will begin at 2:00 P.M., Friday, February 22nd, at the Winfield Funeral Home. Elaine's family will be present from 6 to 8:00 P.M., Friday evening. Memorials may be given in Elaine's name for an Albia High School Nursing Scholarship for Indian Hills Community College.

Elaine Ann Chelar, age 53 of Des Moines, and formerly of Albia died, Saturday, February 16, 2008 at her residence in Des Moines. She was born December 10, 1954 in Albia, Iowa, to Frank Marvin and Dortha Jane (Kenton) Chelar. Elaine was a graduate... View Obituary & Service Information

The family of Elaine Ann Chelar created this Life Tributes page to make it easy to share your memories.

Send flowers to the Chelar family.