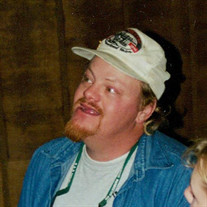 Douglas “Chet” John Chidester, age 58, of Centerville (formerly of Albia), passed away on Monday, February 19, 2018, at Mercy Medical Center in Des Moines. Doug was born on November 3, 1959, in Albia to John Henry and Dorothy Louise (Wright) Chidester. He grew up and attended school in Albia. Doug then went to work for Burlington Northern Railroad. He later become an iron worker and was a member of Iron Worker Local 67 in Des Moines before going to work for Young Tree Removal. Doug loved being outdoors doing things such as fishing, mushroom hunting, and hunting. In his younger years, he enjoyed playing football. He enjoyed watching sports, such as basketball and football, on television. He had a love and appreciation for art and especially liked drawing eagles and dragons. His real joy in life was spending time with his family and friends. Doug is survived by 6 siblings, Donna (Marvin) Weiler of Ankeny, Debbie (Larry) Gates of Ottumwa, Diane (Kevin) Thomas of Menlo, Deanna (Jerry) Purvis of Monroe, Dudley Chidester of Albia, and Darin (Tammy) Chidester of Knoxville. He is also survived by many nieces, nephews, cousins, and good friends. He is preceded in death by his parents, John and Dorothy; a brother in infancy, John Chidester; and his grandparents, Lawrence and Ivaloo Chidester and Matthew and Evangaline Wright. Visitation will be held from 2:00 p.m. until 4:00 p.m. on Saturday, February 24, 2018, at the Tharp Funeral Home in Albia with Doug’s family present to greet family and friends. A memorial service will be held at 4:00 p.m., Saturday, February 24, 2018, at the Tharp Funeral Home in Albia with Vince Goemaat officiating. A private family burial will be held at a later date. An open memorial has been established to the family.

The family of Douglas "Chet" John Chidester created this Life Tributes page to make it easy to share your memories.

Send flowers to the Chidester family.