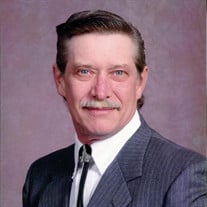 Donald “Don” Ervin Schramm II, age 73, of Russell, IA, passed away on Wednesday, January 12, 2022, at his home after a very long illness, under the care of EveryStep Hospice. Don was born on November 28, 1949, in DuPage County, IL, to Donald E. and Mary Alice (Hillyard) Schramm. He lived in West Chicago until he was 10 years old when he, his mother, and his siblings moved to Chariton, IA. Don then attended school in Chariton, graduating from the Chariton High School with the Class of 1968. He enlisted in the United States Army in 1969 and married Barbara Clark in 1970 just before going to Vietnam. To this union, 3 children were born, Donald III, Sabrina, and Derrick. Don and Barbara later divorced after losing Sabrina in an automobile accident. In Vietnam, Don was a helicopter crew chief and then a helicopter mechanic. He was discharged in 1972 and moved his family to West Chicago where he helped his father in the family auto body shop. Following his father’s passing in 1985, Don, his wife, and 3 children moved back to Chariton. Don went to work at Deflecta Shield in Corydon where he was head of design and molds for aftermarket vehicle parts. In 1998, Don married Mary Ann Parker at Lake Miami in Monroe County and they settled in Russell. He went to work at Astoria Industries in Chariton where he again was the head of fiberglass patents and molds department, building all of the molds by hand and supervising all of the fiberglass work. In his younger years, Don spent the summers helping his dad in the family business. While in West Chicago, Don was a member of an RC Airplane Club and built and flew his own RC planes. He enjoyed being outdoors, hunting, and fishing. His true joy in life was spending time with his family, especially his children and grandchildren. Don is survived by his wife, Mary Ann; 2 sons, Donald Schramm III of Nevada and Derrick Schramm of Chariton; a brother, Rick Schramm; a sister, Deborah Graham; 4 grandchildren, Matthew Bahr, Leeloominai Marie Schramm, Tearza Joy Schramm, and Cheyenne Vairo; 3 stepsons, Harold (Amy) Major of Albia, Gary “Ed” Major of Ottumwa, and David (Jessica) Major of North Liberty, IA; 9 step grandchildren; and 7 great grandchildren. Don was preceded in death by his daughter, Sabrina Schramm; a stepson, John Major; his parents, Don and Mary Alice Schramm; and a special aunt, Donna Lee. Per Don’s wishes, his body has been cremated. Due to the Covid virus, a Celebration of Life will be held next spring/summer with interment and military honors at Union Chapel Cemetery in Monroe County. An open memorial has been established to the family. Mary Ann can be contacted at 641-535-2100 with condolences.

The family of Donald "Don" Ervin Schramm II created this Life Tributes page to make it easy to share your memories.

Send flowers to the Schramm family.