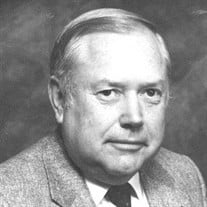 Dayton Leo Kendall, husband of 55 glorious years, dad, grandfather and friend joined his daughter and Jesus on Saturday, January 7, 2017. This inspirational man was born on November 20, 1935 to Neal and Lilly (Wright) Kendall of Russell. He was the youngest, by 9 years, of five siblings, Geraldine (Atkinson), Juanita (Miller), Dean and Donald Kendall. He graduated from Russell High School in 1954 where he was known for singing and traveling in a quartet. After high school he worked construction in Iowa City, on a dude ranch in New York and traveled the country with his friend Larry Linville. He was drafted into the army before returning to Iowa where he worked as a sales rep for the Gambles store. He married his beautiful wife Linda, on January 7, 1962. They had two children, Dee and Larry Kendall. He hunted coons with his not-so-great coon dogs, camped on the river, sang and played guitar for the Roadrunners, enjoyed cold beer and great company. He was always helping in the community for the Rotary and the Chamber of Commerce. They raised sheep and cattle on the farm, much to the disappointment of his kids. He loved business and he and Linda bought the local Gambles Hardware Store in 1982. He was thrilled when his son came to him with a business plan to install computer cables, he not only supported that endeavor but owned half of Midwest Computer Cable. He named and helped start Quiktron and was always there to help or at least to drink coffee and talk with the employees. When Larry needed help with Muddy Outdoors, he ran the pallet jack to get those containers unloaded in under 90 minutes. Always being directed by Linda. He taught himself to play the mandolin in retirement and could pick with the best of them. He never stopped enjoying the outdoors and took Mule rides almost daily. He leaves his wife Linda, son Larry, his wife G and their three children, Gage, Lainy & Jack to carry on in his absence. Funeral Services will be held at 11:30 a.m. on Tuesday, January 17, 2017 at the Tharp Funeral Home in Albia, with Pastor Richard Grimes officiating. Burial will follow services at Osborn Cemetery in Lovilia. Visitation will be held from 3:00 p.m. to 8:00 p.m. on Monday, January 16, 2017 at Tharp Funeral Home in Albia, with Dayton’s family present 6 to 7:30 p.m. to greet friends and family. Memorials may be made out to Osborn Cemetery.

The family of Dayton Leo Kendall created this Life Tributes page to make it easy to share your memories.