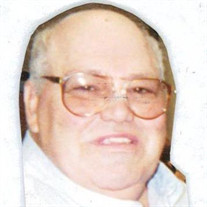 Daniel Richard Ayala, age 76, of Albia, passed away at the Monroe County Hospital in Albia, Iowa. Daniel was born November 29, 1939 to Francis Kirton and Cecelia (Black) Ayala in Pensacola, Florida. He grew up in Pensacola and graduated from the Pensacola High School with the Class of 1957. On September 26, 1964 he was united in marriage to Phyllis Forgy in Kansas City, Missouri. To this union two children were born, Richard and Aaron. Daniel joined the United States Air Force in 1961. He served his country in many areas of the world including the Panama Canal Zone, Africa, Vietnam, Thailand and Laos. He was stationed at the Richard Gebaur Air Force Base in Kansas City, Missouri as well as the Pope Air Force Base in Fayette, North Carolina and the Kearney Air Force Base in Grand Island, Nebraska. After his service to the military, Daniel had many jobs during his lifetime including house construction, working for a lawyer and even took a job on a fishing boat. He enjoyed hunting, fishing and loved to swim. His real joy in life was spending time with his family and friends. Daniel is survived by his wife of 52 years, Phyllis Ayala; a son, Aaron (Lacey) Ayala; a grandson, Marcus Ayala and his good friends, Joe Pistek and Dale Stewart. He was preceded in death by his parents, Francis and Cecelia; a son, Richard Ayala; a brother, Leland Horton; his aunt, Moree; his uncle Dick and a much loved grandmother, Elizabeth Black. Funeral Services will be held at 11:00 a.m., Friday, October 28, 2016, at First Christian Church in Albia, with Pastor Lynda Carlson officiating. Military rites will be provided by the American Legion of Albia, Melrose, and Lovilia. Following services Dan will be cremated and private family burial will be held at a later date. Visitation will be held from 1:00 p.m. to 8:00 p.m. Thursday, October 27, 2016, at Tharp Funeral Home in Albia, with Daniel’s family present throughout the day. Memorials have been established to Monroe County EMT or to the Monroe County Fire Department. Condolences may be left for the family at www.tharpfh.com.

Daniel Richard Ayala, age 76, of Albia, passed away at the Monroe County Hospital in Albia, Iowa. Daniel was born November 29, 1939 to Francis Kirton and Cecelia (Black) Ayala in Pensacola, Florida. He grew up in Pensacola and graduated from... View Obituary & Service Information

The family of Daniel Richard Ayala created this Life Tributes page to make it easy to share your memories.

Daniel Richard Ayala, age 76, of Albia, passed away at the Monroe...

Send flowers to the Ayala family.