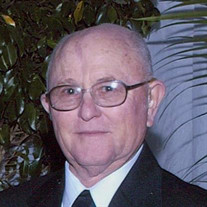 Craig Hamilton Warman, age 82, of Ottumwa, passed away Saturday, June 3, 2017 at his home under the care of Hospice of Davis and Wapello County. Craig was born on March 28, 1935 to Leonard and Thelma (Hamilton) Warman in Iowa Falls, Iowa. He grew up and attended the Iowa Falls High School, graduating with the Class of 1953. He served his country in the United States Army. On September 12, 1959 he was united in marriage to Linda Parkison in Nebraska City, Nebraska. To this union five children were born, Kris, Kathy, David, Kayla and Dana. Craig grew up farming around Alden, Iowa until moving to Merino Valley, California where he worked at a John Deere Dealership in Paris California. They later moved to Albia and he took a job at Cargill for two different maintenance contractors. He was a member of the Trinity United Methodist Church in Albia and was very active in the church. Craig was strong in his belief and faith throughout his whole life. He was a charter member of the Alden’s Lions Club. Craig enjoyed being outdoors, fishing, camping, square dancing, traveling with Linda, country music, playing cards, and loved ice cream with his grandkids. His real joy in life was spending time with his family and friends and especially teasing his grandchildren. Craig is survived by his wife of 57 years, Linda Warman of Ottumwa, his five children, Kris (Pete) Bodensteiner of Unionville, Iowa, Kathy Hubbard of Pheonix, Arizona, David Warman of Scottsdale, Arizona, Kayla (Rich) Scott of Moulton and Dana DeBus of Albia; 12 grandchildren, Meagan, Nathan, Kasten, Justin, Garrett, Jamie, Brandon, Adrienne, Jessica, Leah, Jaeden, and Kamryn; four great grandchildren; two sisters, Karen (LeRoy) Hayes and Connie (Lurlin) Hoelscher. Craig is also survived by many nieces, nephews, cousins and good friends. He is preceded in death by his parents, Leonard and Thelma and a brother, Gary Warman. A memorial service will be held at 11:00 a.m., Saturday, June 10, 2017, at the Trinity United Methodist Church in Albia with Pastor Roger Henry officiating. A graveside committal service will be at 4:00 p.m.at the Alden Cemetery in Alden, Iowa followed by a small reception Alden United Methodist Church. Visitation will be held from 9:00 a.m. until service time at 11:00 a.m., Saturday, June 11, 2017, at the Trinity United Methodist Church in Albia, with Craig’s family present throughout to greet family and friends. A memorial has been established to the Trinity United Methodist Church camp program or to Hospice of Davis and Wapello County.

Craig Hamilton Warman, age 82, of Ottumwa, passed away Saturday, June 3, 2017 at his home under the care of Hospice of Davis and Wapello County. Craig was born on March 28, 1935 to Leonard and Thelma (Hamilton) Warman in Iowa Falls, Iowa.... View Obituary & Service Information

The family of Craig Hamilton Warman created this Life Tributes page to make it easy to share your memories.

Send flowers to the Warman family.