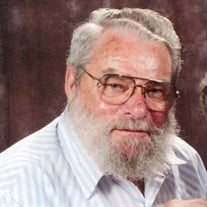 Carroll “Wayne” Fisher, age 84, of Blakesburg, IA, passed away Monday, April 5, 2021, at his home. Wayne was born September 17, 1936, to Marion and Mabel (Leonard) Fisher at home on the farm in Monroe County. He grew up and attended school in Blakesburg, graduating from the Blakesburg High School with the Class of 1956. On May 16, 1959, he was united in marriage to Margaret Condra at the Evangelical United Brethren Church in Moravia. To this union, 4 children were born, Douglas, Michael, Brenda and Janet. Wayne and Margaret shared nearly 63 years of marriage prior to his passing. After school, Wayne worked at Maloney’s Door Factory in Albia and later at Chamberlain’s. In 1966, he went to work for John Deere for 29 years operating a rolling machine until his retirement in 1994. Wayne also farmed throughout his life and he and Margaret lived on the same farm for nearly 63 years. Wayne was a member of the Blakesburg Christian Church and a member of the Blakesburg Saddle Club with whom he enjoyed many trail rides. He and Margaret were active in the Dudes and Dolls Square Dancing Club. He was also a member of a motorcycle club where he enjoyed hill climbs. He enjoyed riding his BMW motorcycle and took many motorcycle trips and also enjoyed traveling in general to places such as Alaska and Branson. Wayne loved the outdoors, deer hunting, and camping at his favorite spots, the Good Sam Camping Club and the Iowa State Fair. In his younger years, Wayne enjoyed racing cars and later helped his son, Mike, with racing. Wayne loved to spend time with his family and friends, having coffee at Hardees, and especially playing Santa Claus for the holidays. Wayne is survived by his wife, Margaret; 4 children, Douglas Fisher of Alexander, VA, Michael (Becky) Fisher of Blakesburg, Brenda (Milton) Gillihan of Ottumwa, and Janet (Dave) Yeager of Ottumwa; 7 grandchildren; 11 great grandchildren; 3 great-great grandchildren; and a sister, Mary Louis Kudart. Wayne is also survived by his dog Daisy, who was his best friend. Wayne was preceded in death by his parents, Marion and Mabel Fisher and a sister, Doris Huber. Visitation will be held from 2:00 p.m.-8:00 p.m. on Friday, April 9, 2021 at the Tharp Funeral Home in Albia, with Wayne’s family present from 5:00 p.m.-8:00 p.m. to greet family and friends. Funeral Services will be held at 10:30 a.m., Saturday, April 10, 2021, at the Tharp Funeral Home in Albia, with Pastor Ray Lyon officiating. Burial will follow services in the Blakesburg Cemetery in Blakesburg, IA. A memorial has been established to the Blakesburg Christian Church.

The family of Carroll "Wayne" Fisher created this Life Tributes page to make it easy to share your memories.

Send flowers to the Fisher family.