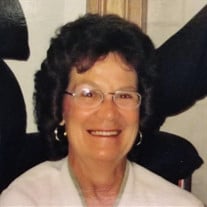 Carol Ann (Beaumont) Kraber, age 78, of Oskaloosa and formerly of Albia passed away on September 23, 2018 at the Mahaska Health Partnership in Oskaloosa surrounded by her loved ones. Carol was born on February 14, 1940 to Virtus Sylvester and Mary Lois (Britton) Beaumont in Creston, Iowa. She attended grade school and junior high in Oskaloosa, when her family moved to Albia she attended high school at Ottumwa Heights. She was united in marriage to Don Kraber, Sr. on February 16, 1957 in Albia. To this union 3 children were born, Don Jr., Mark and Mary Cae. Carol and Don later divorced. Carol worked as a bank teller at Peoples State Bank in Albia for most of her working life. She was a social butterfly and nourished many around her with her love, faith and humor. She enjoyed playing cards, working puzzles, feeding animals, shopping and reminiscing with everyone. Carol was a known animal lover and would rescue any animal that needed her attention. She was called the animal whisperer in the family because she often fed wild animals out of her hand. In her free time she volunteered at the local animal shelter and worked concessions for the baseball diamond in Oskaloosa. She was a very faithful and devoted catholic and was a long time member of St. Mary’s Catholic Church in Albia and Oskaloosa. A heartfelt note from her nieces and nephews, “Our Aunt Carol (A.C.) had such a unique personality/sense of humor it made her easy to love and such great fun to be around. The joke through all her serious ailments was that she had nine lives just like the cats that she so dearly loved. We were blessed to have her in our lives and will forever cherish the memories of our beloved A.C. Carol is survived by her mother, Mary Beaumont; her 3 children, Don (Patti) Kraber Jr, Mark (Bobbie) Kraber and Mary Cae (Greg) Kraber-Householder; 5 grandchildren, Erika (David) Camerlengo of Brisbane, Australia and Jay (Katrina) Kraber of Celina, TX, Jaylee Kraber, Mark Kraber Jr, and Nate Kraber all of Ankeny; 5 great-grandchildren, Liahna, Roman and Adayln Kraber and twins Eden and Siena Camerlengo; her brother, Jim Beaumont and his children, Jim Beaumont, Jody(Josh) Buckingham, and Jerry(Stephanie) Beaumont all of Albia. Her sister, Chris Yarkosky of Oskaloosa. Chris's children Taylor (Courtney) - Florida, Barry (Molly) - Arizona, Farrell (Cathryn) - Washington, Hayley(Joel) DeBruin - Oskaloosa, Cale - Germany, Marnie - Ames, Lainee (Brandt) Uitermarkt - Ely, Daphnie - Florida, Mary - Des Moines. She is also survived by many great nieces, nephews and cousins. She is preceded in death by her father, Virtus Beaumont, maternal grandparents Henry and Barbara (Kouba) Britton, paternal grandparents Thomas and Lodema (Van Ourkirk) Beaumont, and several aunts, uncles, and cousins. Visitation will be held from 10:00 a.m. until service time at 12:00 p.m. opening with a rosary service led by St. Mary’s Altar and Rosary Society on Friday, September 28, 2018, at St. Mary’s Church in Albia with Carol’s family present to greet family and friends. A Mass of Christian Burial will be held at 12:00 p.m. on Friday, September 28, 2018, at the St. Mary’s Catholic Church in Albia with Father Mike Volkmer C.P.PS. officiating. Burial will take place following the service at St. Mary’s Catholic Cemetery in Albia. A memorial has been established to the Oskaloosa Care Center and Stephen Memorial Animal Shelter.

Carol Ann (Beaumont) Kraber, age 78, of Oskaloosa and formerly of Albia passed away on September 23, 2018 at the Mahaska Health Partnership in Oskaloosa surrounded by her loved ones. Carol was born on February 14, 1940 to Virtus Sylvester... View Obituary & Service Information

The family of Carol Ann Kraber created this Life Tributes page to make it easy to share your memories.

Send flowers to the Kraber family.