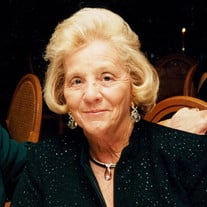 Barbara Elizabeth “Betty” Lawrence age 88, of Albia, passed away on September 2, 2018, under the care of HCI Hospice at her home in Albia surrounded by her family. Betty was born November 20, 1929, in Wales to Fredrick and Violet (Mills) Mazey. She graduated from high school and served an apprenticeship for nursing. On January 5, 1952, Betty was united in marriage to Michael John Lawrence in Honey Bourne, England. To this union two children were born Vicci and Michael. Betty and Mike shared 64 years of marriage before Mike’s passing on July 27, 2016. Betty and Mike both left England and moved to Canada with their young daughter Vicci and then to Kent, Ohio in 1959. They arrived in Albia in 1961 and has been their home ever since. While residing in both England and Canada, Betty worked as a nurse and upon arrival in Albia, she was a homemaker and stayed home to raise her children. She was a very caring and loving person who generously volunteered her time at the Monroe County Hospital, Eye Care, Helping Hands, and the Hope Ministry. She was a member of Trinity United Methodist Church of Albia and the Albia Country Club. She was also a member of the Eagles where she loved to play Bingo. She enjoyed being outdoors, sailing, golfing, and traveling. Betty and Mike spent their last 16 winters together in Florida. One of Betty’s greatest joys in life was spending time with family, friends and watching her grandchildren’s sporting events. Betty is survived by a daughter, Vicci Norman of Ottumwa and a son, Mike (Tonya) Lawrence of Albia; 5 grandchildren, Jesse Norman of Colby, Kansas, Cassie Norman of Ottumwa and Ariel, Macy, Jena Lawrence of Albia; 4 great grandchildren, Kylie Norman, Ricky Monohon, Lilah Norman, and Olivia Johns of Ottumwa. Betty is also survived by several nieces, nephews and numerous friends. She is preceded in death by her husband, Mike Lawrence; her parents, Fredrick and Violet; and 2 sisters, Nita and Beryl. Visitation will be held from 9:00 a.m.-10:30 a.m. on Monday, September 10, 2018, at the Trinity United Methodist Church in Albia with Betty’s family present to meet and greet family and friends. A memorial service will be held at 10:30 a.m. on Monday, September 10, 2018, at the Trinity United Methodist Church in Albia with Pastor Roger Henry officiating. A private family burial will be held at a later date. In lieu of flowers a memorial has been established to the Monroe County Sports Complex.

The family of Barbara Elizabeth "Betty" Lawrence created this Life Tributes page to make it easy to share your memories.

Send flowers to the Lawrence family.